Tommy Murphy: It is a myth with some credence. We refer to in Packer & Sons. As the story goes, R.C. Packer found some money at the Hobart racetrack. The amount varies depending on who tells the story. He placed a bet. He won enough money to get to the mainland where he advanced his career as a newspaper manager. The empire really began when R.C. helped his son, Frank, trick R.C.’s employer that he’d launch a rival newspaper. So, they began not with luck, but with ruthlessness.

DS: What was the smartest business deal a Packer accomplished?

TM: Well the famous one is the sale of Channel Nine to Alan Bond for over a billion dollars. Kerry bought it back for about a quarter of the price not long after. That was 1987.

DS: What was their dumbest business deal? 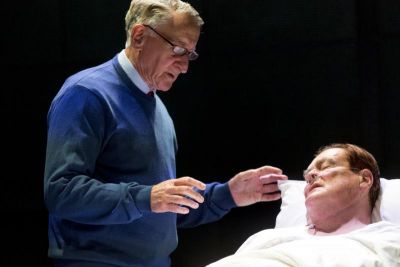 TM: Kerry was himself willing to sell to Bondy without sentimentality but when James courted a big sale of the family company to Telstra, Kerry scuppered it. I think that deal would have sidestepped the later collapse of One.Tel. It was also an example of James being prophetic enough to predict a convergence of the telecommunications industry. He knew phones were going to be the future. Kerry couldn’t bear being wrong.

DS: Can you describe what you think is the kindest act from a Packer?

TM: They are famous for their patronage of medical research and the arts in Australia.

DS: And the cruellest?

TM: They were tough in business. I think for the most part they acted with old-fashioned decency. When crossed, however, they unleashed fury and hatred. In terms of cruelty, my play takes interest in Frank and then Kerry as fathers. I’m sure Frank thought belittling and undermining was his version of love and that it would make his sons strive harder. It cost him his relationship with his eldest son, Clyde, who was disinherited. Frank left his successor, Kerry, with lifelong demons. 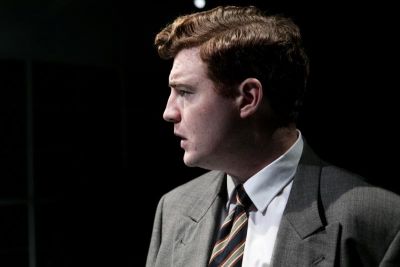 DS: What is it about the Packer story that made you want to turn it into a play?

TM: Fathers and sons. I had the inkling for this idea when my father was fading into dementia. That painful time made me reflect on how grateful I was for his nurture and gentle love. This play comes from that personal, happy place but is a kind of horror show at times about the brutality that can be inculcated by the patriarchy.

DS: From your research can you see clearly how one generation influenced the other?

TM: This is precisely the premise of Packer & Sons. The play dramatises half a century of that influence and the echoes of the Packer men in their sons.

DS: Has the play changed much this year to keep up with recent dramas surrounding Jamie Packer?

TM: The play ends in 2001. We don’t cover any material from James’ recent troubles or anything from his married life. I am sure that recent news about the Crown Casino in Sydney will be in the audience’s mind. The play points to what James did next but it does not depict the casino narrative directly. It’s an origin story of the man that wanted to build that sky-scraping monument on the edge of the city. The casino is a monument. A monument to all the Packer men that came before them, the way governments yielded to them and the shadow they cast over the city – and over James. 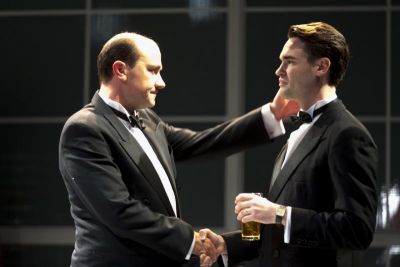 DS: Have you had to be careful to avoid defaming anyone?

TM: Of course. I believe we have created a story that is accurate and fair. It’s sympathetic in some ways - a complex sympathy - for James’ quest for happiness. It would be ridiculous to say ‘poor James’. We don’t pity the man. We do try to understand him and his yearnings.

DS: If you were reincarnated as Jamie Packer – what would you do with the fortune?

TM: That’s a provocative question. James presumes it, y’know? He said to Mike Willesee in 2013:“I recognise that the vast majority of people would swap places with me and I wouldn’t swap places with – with anyone”[1]. I’d like to think I’d use the money for social good. Who knows? With Kerry as a father I might equally want to build that casino.

DS: Are any of the Packer’s coming along?

TM: If they did they would be most welcome. I would like to think they would see a play that is well researched and accurate. 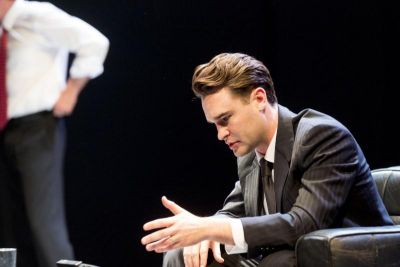 DS: How would you label this play – a comedy or a drama or a farce?

TM: A drama that will make you laugh.

DS: How do you compare the process of creating this play to your best known work, Holding the Man?

TM: Worlds apart. But I enjoy embracing theatricality as in that work and I’ve also utilised the experience of researching true lives.

DS: How hard was it to decide what to leave out?

TM: The focus of fathers and sons was the best guide for that.

DS: What is one insight you would like the audience to be left with?

TM: We want to complicate their responses. You see, this play is less interesting when we just condemn or dismiss these characters. We’re not writing a satire, though parts of it might lean close to that. We’re trying to involve the audience in a complex and high stakes emotional narrative about power and entitlement and the patriarchy.