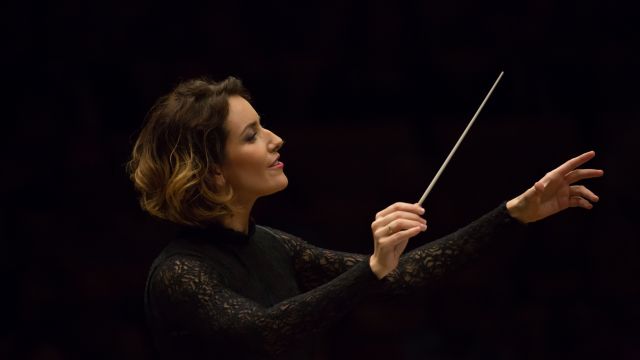 Led by 10 Maestro concerts, a spotlight on Australian composers and showcasing concertos for harp, clarinet, trombone and double bass among others, Queensland Symphony Orchestra’s Season 2019 is one to cement its reputation as an orchestra for everyone.

“2019 is the year we shine a spotlight on the diversity of musical instruments and I am thrilled to announce that our season will showcase concertos for harp, clarinet, guitar, oboe, cello, trombone, double bass, viola, as well as piano and violin,” Music Director Alondra de la Parrasaid.

She also announced pianist Paul Lewis as 2019 Artist-in-Residence, following the applauded residency this year of Sergio Tiempo. “Paul is an exceptional pianist with a renowned international reputation and is a specialist in the music of the great masters, particularly Beethoven. He has a long touring history with Australia, but next year will be his debut with Queensland Symphony Orchestra; he will perform in four concerts.”

“For a long time, Queensland Symphony Orchestra has given a platform to composers from around the world, but in 2019 we turn our eye closer to home. I am excited to present a collection of works by Australian composers who proudly take their place in our program alongside those whose music has delighted us for generations,” said Ms de la Parra. The Maestro season opens on February 16 with HEAVENLY, featuring the music of Mozart and Mahler with Artist-in-Residence Paul Lewis and soprano Morgan England-Jones under the baton of Alondra de la Parra.

In March, ROMEO & JULIET will open with Rossini’s William Tell Overture, before Ginastera’s Concert for Harp, and then Prokofiev’s Romeo and Juliet Suite, led by conductor Diego Matheuz, with French harpist Marie-Pierre Langlamet.

In May the epic CATHEDRAL OF SOUND will see Queensland Symphony Orchestra’s Conductor Laureate Johannes Fritzsch together with pianist Piers Lane and the Orchestra perform Mozart’s Piano Concerto No.23 in A, K488 and Bruckner’s Symphony No.7.

SOULFUL JOURNEYS in June will open with Spiritus, the work of Australian composer Lachlan Skipworth, before Nocturnes by Debussy and Dvořák’s Concerto in B minor for Cello and Orchestra. This Maestro will be led by Swedish conductor Daniel Blendulf with soloist the Spanish cellist, Pablo Ferrandez.

In August, Alondra de la Parra returns to take up the baton for THE NEW WORLD. Featuring music inspired by America and with Austrian percussionist Martin Grubinger, the works of Copland, Dorman and Dvorak will be celebrated.

The final Maestro for the year in November is TCHAIKOVSKY AND BEETHOVEN with Alondra de la Parra conducting and Serbian violinist Nemanja Radulovic to solo.

Season 2019 also features special events, with Harry Potter and the Goblet of Fire™ in Concert opening the year on February 9, before The Last Night of the Proms in May combines thetraditional elements of the Royal Albert Hallevent with a unique Australian touch, featuringAustralian artists and music (Nigel Westlake) together with Gershwin, Rossini and others.

Paul Lewis in Recital on September 14 will see the Artist-in-Residence performing Haydn, Brahms and Beethoven up close and personal in the Queensland Symphony Orchestra Studio.  Then on November 15 de la Parra and Lewis will perform again together for Timeless, the closing gala.

The Chamber Players series also features five concerts, beginning with Trumpeter’s Trapeze in April and wrapping up with Compelling Times on November 24. An up-close and personal series starring Queensland Symphony Orchestra musicians at their home studio in South Bank, concerts will be held in April, May, July, September and November. See full program detailed in the Queensland Symphony Orchestra 2019 Calendar.

In 2019 two choral events will be staged. The first on June 1 is the Opera Gala featuring a night of Verdi and Puccini under the Italian born conductor Giovanni Reggioli with soloists Natalie Aroyan (soprano) and Kang Wang (tenor) and the Brisbane Chorale. The second is Handel’s enduring masterpiece, Messiah, conducted by Stephen Layton with Sara Macliver (soprano), Helen Charleston (mezzo soprano), Gwilym Bowen (tenor) and Laurence Williams (bass-baritone) and the Brisbane Chamber Choir. See full program detailed in the Queensland Symphony Orchestra 2019 Calendar.

Queensland Symphony Orchestra’s WAVE Festival will return to morph modern sounds, technology and the talent of Australia's hottest contemporary acts with the classical heritage and strength of the Orchestra Poet Luka Lesson, hip-hop artists Horrorshow, beatboxer Tom Thum, and electronic musicians The Kite String Tangle and Sampology will followin in the sound-wake of previous collaborators.

Orchestras are for everyone, including the kids, and in 2019, Queensland Symphony Orchestra’s EXCITE program will roll out a great mix of new and familiar family works.