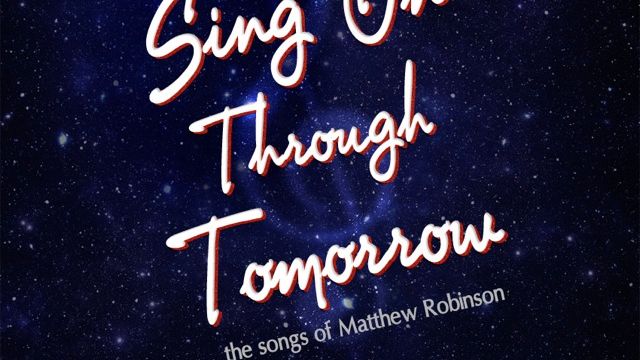 Sing On Through Tomorrow, The Songs of Matthew Robinson, a new musical revue featuring the songs from the decade-long career of Australian musical theatre composer/lyricist Matthew Robinson, plays a Sydney season from Thursday, 4 August to Sunday, 14 August at Sidetrack Theatre, Marrickville.

Sing On Through Tomorrow tells the story of four thirty-somethings who must travel back in time to rediscover their reason to dream on.

“Sing on Through Tomorrow is a revue of some of my dearest work but also tells the story of four young adults in their mid thirties who must travel back in time to find their inspiration and spirit. It’s a beautiful and emotionally charged journey,” said Writer/ Performer Matthew Robinson.

Sing On Through Tomorrow was workshopped and given a closed presentation in Melbourne in 2010, with a cast including Simon Gleeson, currently playing Raoul in Love Never Dies, Kellie Rode, Sophie Carter and Matthew Robinson. This workshop was funded by Neil Gooding Productions. Further development has occurred since that time. Several songs have been replaced with other material and the rehearsal period will see the final refinement of the material, and the final choices on included material will be settled. 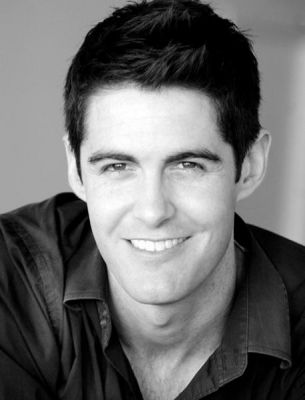 “I’m so excited about investigating the unchartered possibilities of this new show. Matthew Robinson is Australia’s answer to Jason Robert Brown, he is tremendously talented and I’m fortunate enough to be collaborating on this wonderful project with Musical Director, Peter Rutherford and a dynamite cast made up of Hollie Andrew, Kate Maree Hoolihan and Shaun Rennie. Sing on Through Tomorrow is not a traditional musical and not a pure concert, but a staged song revue, characters are placed in specific situations and locations as opposed to simply standing at microphones,” said Director/ Producer Neil Gooding.

Matthew Robinson’s current musical in development is a commission from the State Theatre Company of South Australia entitled Happy People, which he has developed with mentorship from multi Grammy and Oscar-winning composer/lyricist Stephen Schwartz. Robinson most recently won the 2011 UTAS Stephen Schwartz Songwriting Award for his show-stopping number Dignity, featured in Sing On Through Tomorrow.

Prior to the premiere of Matthew Robinson's first musical, Metro Street, in 2009 at the State Theatre Company of South Australia, Stage Whispers spoke to Matthew about the development of Metro Street, and his song-writing in general. We've adde an edited version of that interview.

Matthew Robinson began writing songs at the age of 12.

“I started playing the piano because my mum made me, but I kept playing because I started learning songs aurally off the radio, and was able to play them on the piano. So my first understanding of chord structure came from pop music, then because I liked story songs from Les Miz and Phantom, I started writing them on the family piano in Rockhampton at about the age of 12, ” he said.

“When I graduated, I suddenly came into a world where lots of people were doing cabaret shows. Because friends wanted songs for their cabaret shows,

I started writing character songs and narrative songs,” he said.

Metro Street had its genesis in those cabaret songs.

“Out of those songs there were a few characters and relationships that I became really interested in,” he said.

Metro Street is about a family with three generations. The main through line is about how a child reacts to their parent being told that they are very ill, whether it’s a terminal illness, or a cancer that is curable.

“That was a storyline that one of my friends had gone through in their teens, and I was really interested in the different kinds of reaction a child could have to their parents falling ill,” he said.

Over the years the score continued to develop beyond the original songs, with seven workshops, readings, or concert presentations of Metro Street prior to its premiere. The Pratt Prize workshop in 2005 was particularly influential in its evolution.

“In my life as a writer, I sometimes wonder what would have happened if I hadn’t won that Pratt Prize. There was a lot of newspaper exposure everyone in the industry was talking about it for a week or two – suddenly Matthew Robinson was a performer and a writer, and people were getting excited about this new Australian work,” he said.

“It provided me with a large cash prize to live on, to buy myself a new recording studio, to invest in my life as a writer, to take time out to reconsider the next draft of Metro Street before the Pratt Prize workshop – it was very career defining as a writer,’ he said. “The large cash prize was outstanding, but also a little out of control, but part of the prize was also a workshop.”

Matthew and dramaturge Jonathan Gavin rewrote Metro Street, always just one scene ahead of the rehearsing cast. Every scene was revised, while whole songs were cut, rewritten or replaced.

“To be able to pay professionals to be there for a two week rewrite was exceptionally important.”

So, how does Matthew approach composing?

“I’m always at the piano when I compose. I approach the song knowing the core of what I’m trying to say – the heart and the emotional drive. I sit at the piano – and I sing as I write. A number of the people who’ve sung my work tend to say, ‘it’s really like you’ve written for singers’ and I imagine it’s because I’m singing as I write it,” he said

Sometimes he has completed the composing close to the wire.

“I completed one song at the home of my friend Luck Durack (Glinda in Wicked) in Perth on a Friday morning – we premiered it that night in our two person show Downstairs at the Maj in Perth, and the audience went mental for it. Moments like that, when you hand a song to an artist you love and respect, and suddenly within ten hours it’s in front of an audience who is going crazy for it, is a very exciting feeling,” he said.

There were tough moments along the road to Metro Street’s premiere.

“Post Pratt Prize, where I’d had all this support and attention for the piece, suddenly it was up to me again to knock on the doors. And I did, for two years, knocking on the door and meeting up with a representative of every state theatre company in Australia. It came close with one or two of them, but never eventuated. That was an incredibly challenging time - to keep picking myself up and doing workshops,” he said.

Matthew describes Metro Street being picked up for its premiere as  “an aligning of the stars.” Three or four key things happened in the same twelve months that allowed it to go forward. Matthew scored the lead role in Kookaburra’s opening production of Pippin. Kookaburra helped him put on a reading with performers including Nancye Hayes, Genevieve Lemon and Lucy Durack, where it came to the attention of producers Arts Asia Pacific, who produced it for a further Melbourne reading at which investors Power Arts, and the State Theatre Company of South Australia, came on board.

Win a double pass (one to be won) to the performance of Sing On Through Tomorrowat Sidetrack Theatre (Marrickville, Sydney) on August 4 at 7.30pm.

Writer/ Performer Matthew Robinson says his musical review Sing on Through Tomorrow tells the story of four young adults who must travel back in time to find their inspiration and spirit.

Name a musical theatre song that provides you with inspiration / spirit, and briefly describe that inspiration.

To enter, return to the competition on our Facebook page - http://www.facebook.com/stagewhispers - and make your entry as a comment. Likes will help select the winner. Competition closes 6pm, July 25.