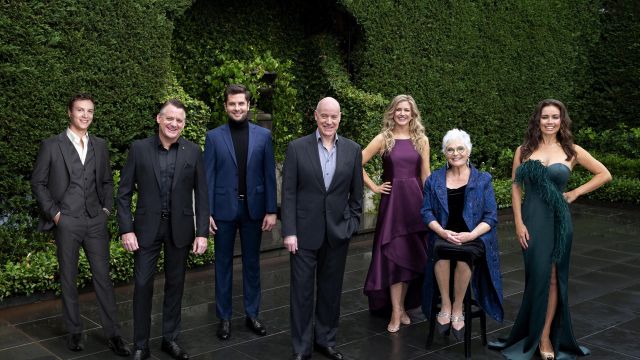 Producers John Frost and Opera Australia have announced the full adult cast for the 25th anniversary production of The Secret Garden which will play at the Sydney Lyric Theatre, The Star from 2 August, then transfer to Her Majesty’s Theatre, Melbourne from 13 November.

Tickets for the Melbourne season are on sale from Friday 28 February, while new performances for the Sydney season go on sale the same day.

The producers are thrilled with their stellar cast. “The list of incredible performers that we’ve assembled for The Secret Garden is second to none. I can’t wait to hear them sing the spine-tingling score,” said John Frost. “Producing The Secret Garden in 1995 was one of the most special experiences of my career, and with Anthony returning as Archibald Craven alongside the legendary Rowena Wallace and the rest of this spectacular cast, I know this new production will be just as extraordinary.”

Opera Australia Artistic Director Lyndon Terracini added, “To have the opportunity to present an astonishing new production of The Secret Garden by the original creative team and with the magnificent Anthony Warlow leading this brilliant cast is too good to be true. We are very excited to continue Opera Australia’s mission of telling narrative through music and drama with this wonderful classical musical.”

Based on the much-loved novel by Frances Hodgson Burnett this heart-warming story comes to life on stage with the same magical qualities, in this sophisticated take on the literary classic. The Secret Garden last played in Australia in 1995 starring Anthony Warlow, Philip Quast and Marina Prior.

Young, orphaned Mary Lennox arrives at her uncle’s home to find distant grieving relatives – and the mysterious tale of a secret garden. Together with new-found friends, Mary breathes life into the secret garden. She blossoms too, and through her adventures, tends to all the hearts around her. The score includes ‘A Bit of Earth’, ‘Show Me the Key’ and the unforgettable ‘Lily’s Eyes’.

Book and Lyrics by Marsha Norman