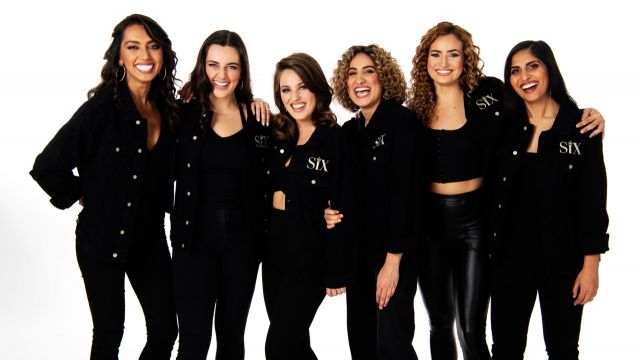 A witty, pop-fueled musical full of sass, SIX remixes the history of the six wives of Henry VIII - Britain’s notorious Tudor King - as they take to the microphone to tell their stories: Catherine of Aragon, Anne Boleyn, Jane Seymour, Anna of Cleves, Katherine Howard and Catherine Parr.

Chloé Zuel, fresh from lead roles in The Production Company’s Ragtime and the Australian tour of West Side Story, takes on the role of Henry VIII’s first wife, the sassy Catherine of Aragon.

The rule-breaking second wife Anne Boleyn will be played by newcomer Kala Gare having just starred in Bright Star at Melbourne’s Chapel off Chapel.

Loren Hunter stars as the loyal third wife Jane Seymour adding to her musical theatre career including roles in Strictly Ballroom the Musical and King Kong the Musical.

The independent Anna of Cleves will be played by VCA graduate Kiana Daniele who made her professional debut only last year in The Production Company’s Boy from Oz.

Taking on the role of playful fifth wife Katherine Howard is Courtney Monsma, having made her professional debut in the recent Australian tour of Mamma Mia! the Musical before joining the cast of Disney’s Aladdin. 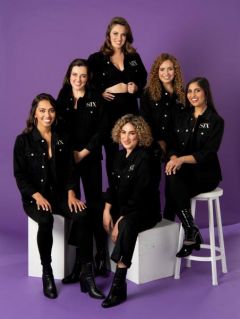 “We are thrilled to have found our amazing Australian Queens! SIX has become a phenomenon around the world and we are sure to continue the sensation in Australia with these incredible and dynamic performers. We are excited to bring Australia’s next generation of leading ladies to the stage and we are sure to see them empower women around the country the way only Queens know how!”, said Louise Witherson behalf of the producers.

The six powerful women are transformed from Tudor Queens to Pop Princesses as they tell their rebellious tales in this original pop musical, accompanied by a phenomenal all-female band and inspired by the canon of music divas like Adele, Lily Allen and Ariana Grande. Since its Edinburgh Fringe Festival debut in 2017, SIX’s electrifying soundtrack has continued to capture audiences around the world, garnering more than 300,000 streams each day making it the second highest streaming soundtrack in the world, second only to the Hamilton original cast recording.

It has been a meteoric rise for the creators, 24-year-old Cambridge graduates Toby Marlow and Lucy Moss who co-wrote the book, lyrics and music. The first original musical from the Cambridge University Musical Theatre Society, SIX blew away audiences at the Edinburgh Fringe and is now selling out an extended run on London’s West End, for which it received five Olivier Award nominations. SIX is also currently selling out houses throughout North America with seasons in Chicago, Boston and Edmonton, and has also just embarked on a full UK tour. A Broadway opening has been announced for March 2020.

SIX The Musical has book, lyrics and music by Toby Marlow and Lucy Moss. It is directed by Lucy Moss and Jamie Armitage and choregraphed by Carrie-Anne Ingrouille. Set Design is by Emma Bailey, Costume Design is by Gabriella Slade, Sound Design is by Paul Gatehouse and Lighting Design is by Tim Deiling. The Orchestrator is Tom Curran and Musical Supervisor is Joe Beighton

SIX twists the narrative from five hundred years of historical heartbreak into a 75-minute celebration of 21st-century girl power.