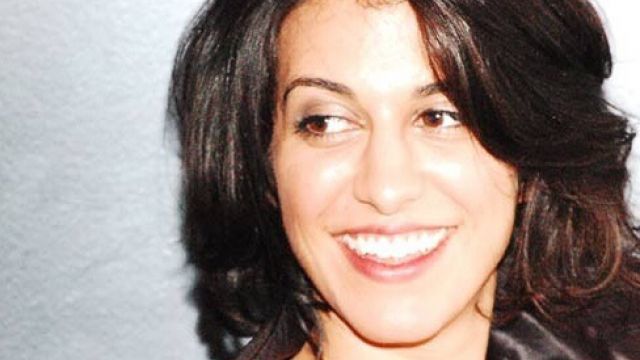 Alexandra Bassiakou Shaw is a company member and Managing Director of Rude Mechs – an ensemble-based theatre collective from Austin, Texas – where she co-creates, performs and directs new works. Her directing includes The Cold Record, written by Kirk Lynn, performed by Eli Weinberg, which is currently running at the Brisbane Festival from 6 to 12 September, 2019. Alex also teaches directing and performance writing in the Department of Theatre and Dance at the University of Texas.

Stage Whispers: Alex, why do you think we go to the theatre?

Alex: Don't go to the theatre! Come sit on my couch tonight while I scroll the internet again. Let's have no release, no wonder, no grey area, no gratitude, no emotional revelations ever.

SW: What is the greatest lesson you have learned through your work?

2. Don’t let your discomfort overwhelm your duty to intervene.

3. Know now that getting everything you want, and giving only what is asked of you, is wasteful.

SW: Why do you work in the theatre?

Alex: I like to sit with ideas, see how they transform. I like to ask questions. I like to be engaged and delighted and I like working to make things more engaging or delighting. I like to use my body and experience what it can do.

SW: What is the craziest thing you have seen happen on stage?

Alex: OK, no seriously, just last week Eli Weinberg (performer of The Cold Record) and I saw a real-life gargantuan crocodile come out of a pool of water after being goaded by a man slapping a dead turkey on the earth while another bird was just within jaws reach – all after live duos of birds flew over our heads in perfect choreography. That stage is called The Crocoseum (at the Australia Zoo).

SW: What stage will you be seen on next?

Alex: I’m directing Henry VIII for Rude Mechs' fourth installment of our Fixing Shakespeare series – where we take his least-produced works and adapt them with our cunning to share the raw power of what a Shakespeare play must have felt like on opening night. Kirk Lynn (creator of The Cold Record) is writing, and the show goes up in November, with an all woman-identified cast at Crashbox, Rude Mechs' performance space in Austin, Texas.