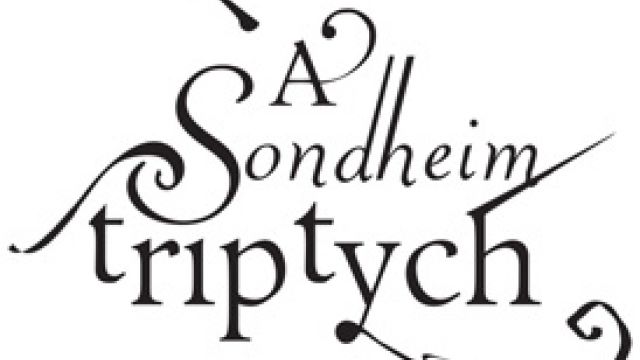 Aaron Joyner: The reason for a triptych is that we’re looking at Sondheim overall, not just one specific work. In this case the whole point is to celebrate Sondheim’s 80th birthday so we’re doing a triptych of his work that looks at the breadth of his career. The three that we’ve chosen (Saturday Night, Merrily We Roll Along, and Anyone Can Whistle) have never had professional seasons in Melbourne, except for Saturday Night, Sondheim’s first show, that Magnormos premiered here in 2003. Anyone Can Whistle has never been done professionally in the country whereas Merrily has been done a lot, both professionally and amateur, across Australia but never professionally in Melbourne.

Stage Whispers: What of the association with triptychs in art as religious icons?

AJ: I guess we do look at Sondheim as a ‘god’ and he has that joke in Sondheim on Sondheim where he’s written a song about it. And it’s very true. There’s a lot of great musical theatre composers and a lot of awesome writers that we love and love to celebrate but, Stephen Sondheim, you mention his name and even people who aren’t musical theatre people tend to have heard of him or know some of his shows. As soon as you mention West Side Story or Gypsy the eyes light up and then you go further into Sweeney Todd, etc. and “Yeah I know him!” There’s this respect and reverence for him within theatre practitioners because he writes the type of shows everyone wants to be in and everyone else wants to watch.

SW: Tell us about the festival.

AJ: The original concept was to do this triptych in one day, to have a major Stephen Sondheim day where you just come and get completely overwhelmed. That was the original concept and I’m glad I got talked out if it! The festival is both for lovers of Sondheim and lovers of these individual musicals who might not have had the chance to see them live before. People love Merrily We Roll Along because it’s Merrily We Roll Along, and people know some of the songs from Anyone Can Whistle from cabarets or Barbara Streisand singing “Everybody Says Don’t.” Saturday Night is that one where, if you’re a musical theatre person and you know Sondheim, you’ve probably heard of it but have no idea what it actually is. We got amazing reviews for our last production of Saturday Night that had an extraordinary line-up and we’ve managed to match that with this one.

SW: Speaking of line-ups, you have attracted a list of amazing cast and creatives for the festival.

AJ: I really didn’t want to compromise on the casting for Sondheim because of the level that we’re at, being at the Recital Centre, and of course because it’s Sondheim! We had to have the best people, from cast (Anne Wood, Robert Grubb, Patrice Tipoki), to creative teams (Terence O'Connell, Shaun Murphy) and all the way through to lighting (Lucy Birkinshaw) and design (Christina Logan-Bell); everyone working on this is extraordinary and I think it’s because of Sondheim that they’re on board.