Too Close to Call on Newcastle’s Best Musical 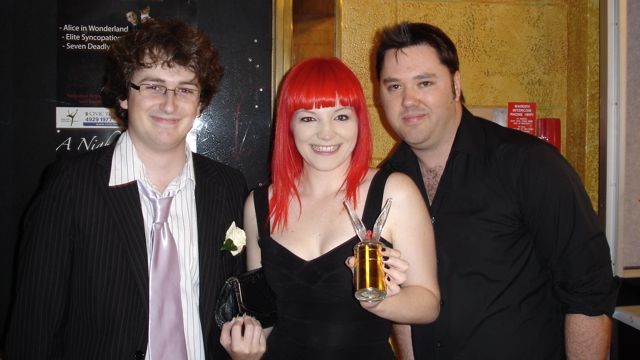 All up, 58 productions were eligible for CONDA consideration in the 12 months to October 31. Thirty-nine of those productions won a total of 133 nominations. And 23 companies were represented in the nominations. The awards were also spread widely, with fifteen shows and 12 companies taking out trophies.

Testimony to the fertility of the Novocastrian theatre community, local talents treading the boards nationally – Erin James, Tyran Parke and Glenn Hazeldine – returned to their home town as presenters.

Entertainment highlights included the terrific skills of Circus Avalon cast members on the trapeze, and with Hula Hoops and Diobolo.