Watch The Phantom of the Opera Free This Weekend 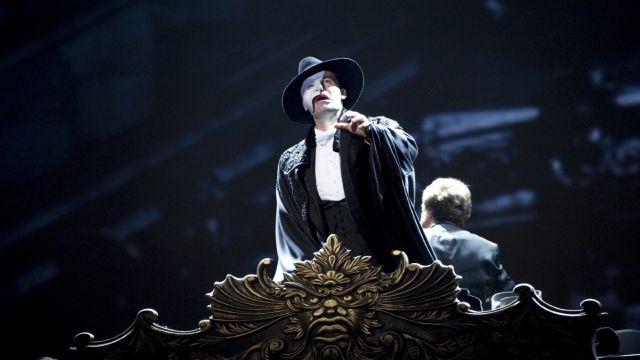 The free screenings of The Phantom of the Opera have now concluded, but you can see a new Andrew Lloyd Webber musical or concert free each weekend on YouTube channel The Shows Must Go On.

Bring the West End and Broadway experience home this weekend with a special screening of Andrew Lloyd Webber’s famed The Phantom of the Opera on YouTube channel The Shows Must Go On.

From Saturday 18 April until Sunday 19 April you can watch the 25th Anniversary staging of the musical on a scale which had never been seen before. Produced by Cameron Mackintosh and inspired by the original staging by Hal Prince and Gillian Lynne, this lavish, fully-staged production set in the sumptuous Victorian splendour of London’s legendary Royal Albert Hall features a cast led by Ramin Karimloo and Sierra Boggess and orchestra of over 200, plus some very special guest appearances.

Andrew Lloyd Webber’s The Phantom of the Opera will be available from 4AM Saturday 18 April for a limited 48-hour period online – no charge or sign up required – giving fans of musical theatre an opportunity to enjoy the beloved show from their living room.

For fans who wish to make a charitable donation, a variety of organisations will be listed on The Shows Must Go On full-length YouTube channel videos, including: Acting for Others, Broadway Cares and Actors Benevolent Fund.