When Will Theatres Re-open? 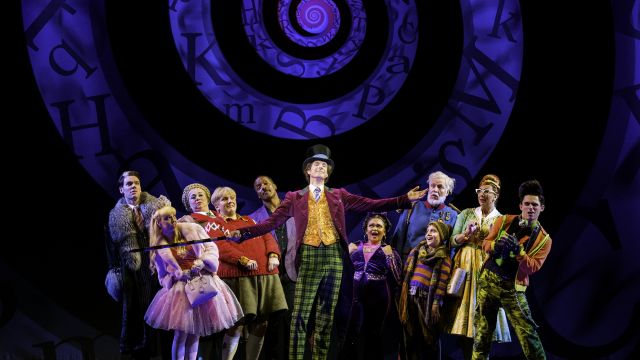 Even with Australia’s infection rates from COVID-19 the envy of the world, the obstacles to turning the lights back on and filling large capacity theatres anytime soon are immense. Leading Musical Theatre Producer John Frost does not think that he’ll be able to open a big new professional musical until mid-2021.  Smaller producers are hopeful of returning late this year at best. David Spicer reports.

In March I sat in small theatre in Sydney and a patron sitting in the row behind coughed into the hair of my wife. After interval, the patron returned, minus the people sitting around her, but she continued to cough.

A few days later theatres across Australia got the message that things had to change. Patrons were urged to stay at home if they were sick. Hand sanitiser appeared in foyers, alongside higher standards of cleaning.  Even so, theatres across the country reported a downturn in the number of people turning up, regardless of whether they purchased tickets. Performing arts events were amongst the first gatherings forced to close and they are expected to be the last to re-open.

Theatre Producer John Frost (GFO) had six musicals on tour or in preparation in 2020. “We closed Book of Mormon in New Zealand, we closed Shrek in Melbourne, Charlie and the Chocolate Factory closed before the first preview in Brisbane – and the set is stuck there, because we can’t get staff into the theatre. We closed 9 to 5 The Musical even before the first rehearsal,” he said from his farm, where he was doing some gardening. A few days after we spoke (in late April), Opera Australia announced that it was cancelling its 25th anniversary co-production with GFO of The Secret Garden for public health reasons and due to restrictions on foreign creatives. For similar reasons, the co-production of Fiddler on the Roof in Yiddish was cancelled a few weeks later.

The bigger and more complex the performing arts event, the longer it needs to get started again. John Frost says his company requires at least six months of clear air to get a musical to the stage.

“Forget about putting it into rehearsals, that is the selling time. Usually six months as a minimum. I am certainly writing (2020) off. I don’t see us being back before second half of next year,” he said.

The Prime Minister and premiers have indicated that six months of restrictions are likely. Even if some sectors of the economy are re-opened, large scale events with crowds of people at concerts, theatre, religious gatherings or sporting events are the most problematic, because of the difficulty in tracing people in the event of an outbreak.

“They are talking about a September (re-opening). That is brave. The last thing you want is a second wave of this thing which will then close you down for longer. (Premiers) Daniel Andrews and Glady Berejiklian are paranoid about this. They are going to listen to doctors.”

When theatres do re-open, will the public flood back? Optimists hope that the public will be so sick of living in isolation that they will come flooding back. What is not known is how long it will take for the public to feel that they are safe in a crowded foyer - particularly amongst the older demographic, who in many cases are the largest audience for theatre companies and most vulnerable to the virus.

A survey of the intentions of theatregoers in the Washington area was published in April in American Theatre Magazine.

The results found that “most theatregoers will not immediately be ready to return to theatres even when they reopen. The survey found that around half (49 percent) of those questioned say they will likely wait a few months before returning. Only 25 percent think they would attend right away.”

“It will be devastating if they are not going to open a theatre between now and next June,” said Frost.

“Moving forward the biggest problem we are facing is, when we do re-open, are they going to let us sell 1000 or 2000 seats? If you have a big musical for 1500 seats, we need to sell those. The Government can’t say you can only sell 500.  You can’t move forward when paying top rent and actors and goodness knows what.

Best placed to get started when restrictions are lifted is Harry Potter and the Cursed Child. Producer Michael Cassel told The Age that the production only needs two weeks to dust itself off and start again.

So, looking into the crystal ball, what are the best - and worst - case scenarios for the Performing Arts?

Best Case: Australia and New Zealand contain or wipe out the COVID-19 over the next six months.

Writing in the Sydney Morning Herald on April 18, Peter Hartcher forecast that “Australia has chanced upon an exciting new possibility – the prospect of eliminating the new coronavirus. Completely. Not just flattening the curve but crushing it.”

A trans-Tasman bubble proposed by NZ Deputy Prime Minister Winston Peters could be enacted, allowing free travel between the two countries, quarantined from the rest of the world until a vaccine or treatment is widely available.

Outcome: Social distancing might be eased to allow small to medium sized theatre companies, amateur theatre companies and schools to stage productions later in 2020. Those in rehearsal or performance during March will be the first to re-open. Fear of a second wave of COVID-19 forces Governments in Australia to impose social distancing during 2020 which still makes live performance unviable for almost any theatre company until 2021.

This is consistent with the warning by Victoria’s Chief Health Officer Brett Sutton that “large live … events … are likely to remain closed to spectators until at least 2021.” He was referring to sporting events and concerts when quoted in The Age but was equally cautious about the staged return of the public to pubs and restaurants.

Outcome: Entire programs for 2020 will be postponed until 2021 or abandoned as they clash with plans already in place for next year.

Worst Case Scenario: COVID-19 is not curable and returns for many years.

It’s horrible to contemplate but we still don’t know how this drama ends. As ABC Science reported: “We don't yet have vaccines against any coronaviruses in humans, in part due to the challenges of developing vaccines for viruses that infect the upper respiratory tract.”

Many scientists are pessimistic about ever finding a vaccine and the WHO says there is no evidence yet that being infected once prevents reinfection.

Outcome: Disruptions to theatre seasons could last for years, or until such a time that herd immunity is achieved. Large public theatre companies would be drastically cut back, fold or go into years of hibernation. Private investment in large scale performing arts would disappear.

However, John Frost says he is “optimistic if there is a clear run the public will come back. They will find the money.

“Investors will bounce back. It’s just going to be harder to raise five or ten million dollars, and shows will have to be pretty special.

“The days of us doing four or five shows a year is going to slow down, or I will turn around and do plays. Should the Government rescue the industry?

The industry’s peak body Live Performance Australia has warned that many companies are on the brink of collapse.

“Without a targeted, immediate and substantial support package, there will be no bridge to recovery for these companies and they will die. We are on the front and back ends of this crisis, and without immediate and substantial support for under-capitalised commercial and not-for-profit companies, we won’t have an industry in the next few months,” wrote LPA Chief Executive Evelyn Richardson.

Frosty thinks that if any package is coming, the Arts will be the last to receive anything. “They could write us a cheque. I am not saying they should write a cheque to John Frost, actors or musicians. I don’t think the arts has a monopoly on being out of work.

“This is what our business is. It is very fragile and always has been. Like the lyrics in ‘There’s No Business Like Show Business’: the next day you are out in the cold.”

“It is really hard. Everyone is looking for answers and there are no answers.”

*Other major producers have echoed John Frost’s sentiments. In The Sun-Herald (May 24, 2020) Hamilton producer Michael Cassel said “it’s just not viable to be playing to a reduced capacity. So if that’s the case everyone will have to take stock and come up with a plan B.  Our approach to opening in March is with a fully sold out audience.”

Moulin Rouge Producer Carmen Pavlovic told the Sun-Herald that the tick of approval from the Government is essential to allow people to gather in full houses.

“It doesn’t make economic sense unless the costs of running the show halved correspondingly.”

Images: The Australian cast of Charlie and the Chocolate Factory (photographer Brian Geach), Fiddler on the Roof in Yiddish (photographer: Matthew Murphy), Samantha Dodemaide, Caroline O'Connor, Erin Clare and Marina Prior, who were due to open in 9 to 5 in April. (photographer: Peter Brew-Bevan), Broadwaway cast of Hamilton (photographer: Joan Marcus), and Moulin Rouge (Matthew Murphy)