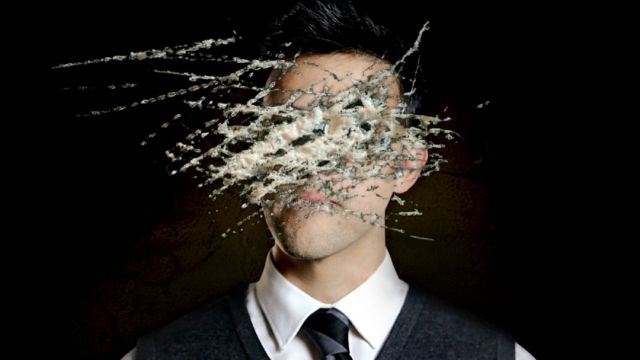 Enter at your own risk!

A new show by the Mystery Radio Theatre crew, this show will leave you cringing with spooky delight as mysterious revisitations of three intertwining tales combine to create this intriguing theatre production titled 12A.

Written, produced and directed by James Hazelden as part of this year’s Melbourne International Comedy festival, it’s currently being performed at La Mama.

This is a black comedy with witty and well-crafted language that seamlessly connects the series of mysteries into a twist of dangerous encounters separated only by time and year.

Murder is always an operative option in apartment 12A. The first tale begins with the girlfriend slumped in a chair, who is questionably asleep or maybe dead. Her boyfriend and his sidekick friend discuss the relationship as he reveals his menacing thoughts of being a serial killer.

These Pinteresque characters exude ominous feelings of danger and betrayal as they are thrown into grave circumstances.

The same apartment, harboring a history of spine thrilling secrets haunted by the number thirteen; the real estate con artist exclaims who manipulates his victim with the tales of the Black Mist superhero, as he slowly unravels his sinister intentions in a deadly festering and comical manner.

Impressive cutting-edge material worthy of a good night out at the theatre!

Check it out or die!