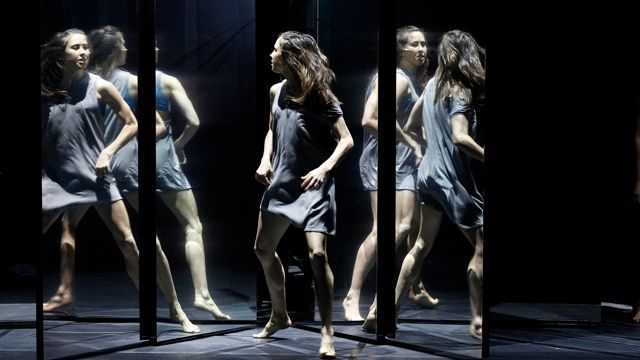 There is an age old argument/debate about what constitutes art/craft within theatre. It sometimes leads to fisticuffs and often breaks down friendships. Is mainstage theatre in pursuit of excellence somehow less worthy than innovation and pretension labelled art? (Those are two extremes.) There should, surely, be one over-riding factor  regardless of which camp you belong to:- Does it entertain? We should never forget that the primary obligation of theatre, film and television is to entertain. Naturally we want, hope, for it to do more; to inform, to uplift, to engage and touch us emotionally.  However all entertainment is not art (arguably very little is) – neither is all art entertaining (the same argument applies), though that is also a matter of perception, and can be very personal. Ultimately though, if you leave any event feeling you have wasted your time, failed to be engaged or entertained; then it is a failure…either on your part or the production’s.

Despite anticipating Chunky Move’s new offering and being electrified by An Act of Now (Anouk Van Dijk’s exciting offering of 2012) I failed to be engaged emotionally by 247 Days overall. There simply wasn’t enough dancing for me to be excited about – and the concept was more indulgence (the word used by a dance reviewer sitting close to me) than innovation. The concept in itself is about observations of who we are in those unguarded moments when no-one is looking. In this case detachment seems to have over ridden observation. Chunky Move is primarily a dance company: that’s what we go to see. If Van Dijk’s concept includes examining emotional baggage then we would hope that this would be expressed through dance, not through song, or introspective monologue by people who are primarily dancers, and not experienced in expressing themselves through words or song to an audience. There are great moments. The pas de deux (which becomes a pas de trois) between the three male dancers Leif Holland, Alya Manzart and James Pham is our first real taste of the staggering quality we have grown to expect from this company – but that comes roughly halfway through the one hour performance and too much repetition of too little content in what precedes it has already seen many of the audience disengage emotionally. Nevertheless, the physicality and originality of the lifts was an elevating (no pun intended) experience. These are three very strong and excellent dancers.

There’s absolutely no doubt about the quality of any of the female dancers. Lauren Langlois has astonishing lines, Niharika Senapati shows amazing strength and discipline for such a tiny person and Tara Soh is always a commanding presence on any stage. But too much time is spent in tableaux – or playing with the images in mirrors – sometimes one person running seen on one side of the mirrors, and six in another mirror in multiple refraction. Interesting, but limited in what it can convey. Every emotion known to man can be best expressed through music and dance and so, for me, this performance was a wasted opportunity.

The Soundscape and composition (Marcel Wierckx) and Lighting (Niklas Pajanti) are exemplary and flawless throughout. Michael Hankin’s set of a wall of 48 mirrored panels which were multidirectional and also folded into a screen provided an exhilarating backdrop to work with. And yet the mirrors both revealed, and concealed, more smoke than substance overall.