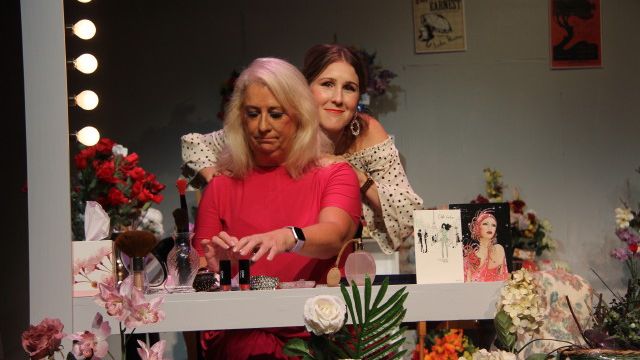 Peter Quilter is known for his plays about theatrical women, including End of the Rainbow, about Judy Garland, and Glorious, about amateur opera diva Florence Foster Jenkins. The Actress’ central character is the fictional Lydia Martin, but is another wonderful role and very interesting story.

In the central role, rarely off stage, is Jane Sherwood. Jane delivers a layered portrayal of this famous actress on the evening of her retirement, as she deals with her own conflicting emotions, and the needs of her fiancé, daughter, ex-husband, dresser, agent and the company manager, while completing her final performance as Lubov, in The Cherry Orchard. A very challenging role, and Jane handles it with depth and grace. 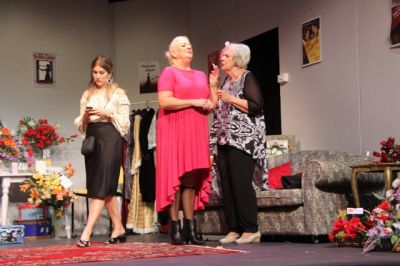 The other roles, while all supporting roles, are well written and well performed. Carole Wilson is efficient and convincing as Katherine, Lydia’s dresser, with Lara Brunini very believable as Lydia’s daughter Nicole. Claire Westheafer nicely creates the not-very-likeable company manager Margaret, while Karin Stafflund is excellent as Lydia’s rather unfortunate agent. Gordon Park does a great job as former husband Paul, while David Young provides some comic relief and becomes an audience favourite as Lydia’s elderly husband-to-be Charles.

The set design, by Doug Mclean and Ian Wilson, is particularly strong, managing to create a spacious dressing room, while also allowing for some stage space for the performance of the show within the show. Set decor and floral arrangements help to set the scene beautifully.

The Actress is a great chance to see a lesser-known Peter Quilter play, well directed and performed. 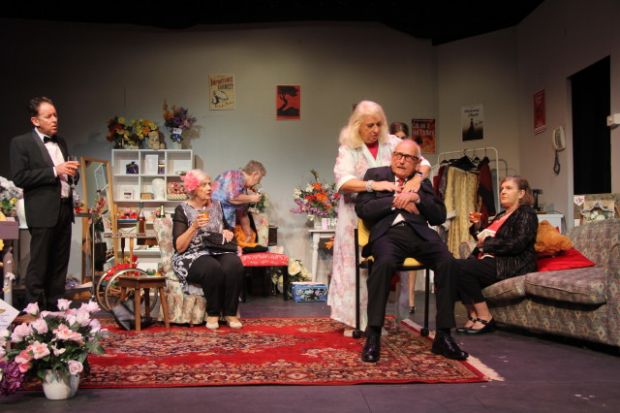