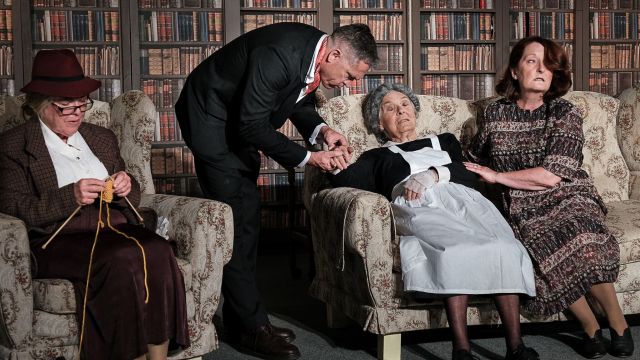 Agatha Crispie is a spoof on the work of the doyenne of English murder mystery writing, Agatha Christie, and a timely production with Agatha Christie Week fast approaching in the UK next month.

Following Christie’s style and success, Cenarth Fox has captured the “feel” of the murder mystery format.

Director Jim Dickson designed the set: the Library with bookcases from floor to ceiling (and the obligatory secret passage and hiding place for a bottle or two of alcohol) and was built by Darren Campbell, Peter Barrett with the cast, crew and members.

For those unfamiliar with the works and characters of this popular author and playwright; a glossary of terms and names that feature in the writer’s vast catalogue of work and the reworking of those used in this production are supplied for the audiences’ understanding.

On more than one occasion, poor diction marred the otherwise entertaining production.