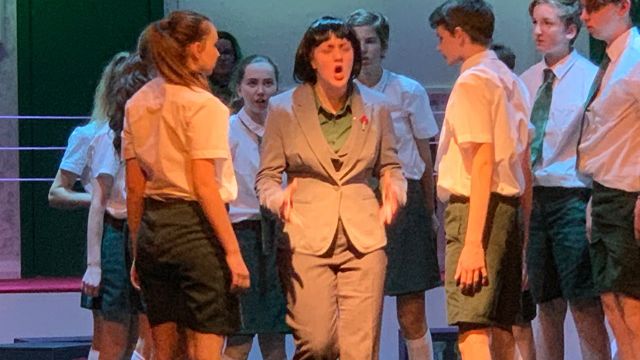 Teens at Garrick (TAG) is a workshop-based program which meets one Saturday a month at Garrick Theatre. Each month they explore a different aspect of theatre, with recent workshops covering improvisation, voice, mime and sword-fighting. In addition, TAG performs one show annually on the Garrick stage, with the latest being Agatha Rex.

Agatha Rexis a modern take on the Greek tragedy. Set at Thebes High, suffering under the rule of Principal Doctor Creon, it features an active Greek chorus, and despite the title owes more to Antigone, than any Oedipal complex.

Title character Agatha Rex stands up for her beliefs against the tyrannical Creon, after one of her brothers is expelled from school. On opening night Agatha was nicely played by Micky Oberlin-Brown (she shares the role with Teagan Harris), who handled the complex dialogue with ease. Her brother Paul was given bad-boy cred by Matthew Roberts, while Gus Hameister made a promising community theatre debut as sports-star brother Elliot. Karla Jones brought sass to younger sister Irene Rex.

Nicola Kinnane was a late replacement for the role of Dr. Creon and belied her short rehearsal period with a well-realised performance. Creon’s rule is consolidated using over officious hall monitors who were given credence with believable performances from Amrita Manchanda (Eunice) and Saskia Henderson (Joanne). Creon’s daughter Harriet, not part of the ruling team, was played by Dakota Harrington-Owen, with Elijah Weighall completing the lead cast as PTA president Terry. 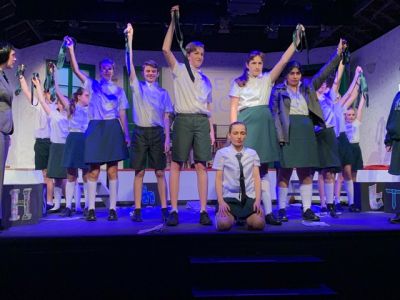 The Greek Chorus was beautifully realised, with its well-timed vocal work and choral-speaking a highlight of the show. Dialogue ran smoothly and efficiently with lines that cannot have been easy to learn. The use of the chorus, both to further and comment on the action, was very effective.

Graeme Dick’s set design has nicely recycled much of the structure of the previous show Popcorn, while creating a distinct look and style. Costuming created great uniformity, although did not always match the dialogue, while lighting and soundscape was well created by Edi Baross.

Wonderful enthusiasm from this teenage cast, who obviously have a very strong rapport and demonstrate great team-work. A good choice for those who like to catch emerging young talent - and an interesting companion piece for another modern take on Greek mythology - Black Swan’s Medea opening the same weekend.