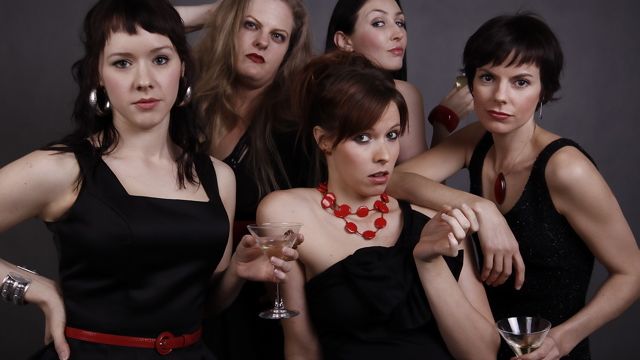 Director Simone de Haas assembled a fine young cast for the Queensland premiere of this American play, which she successfully adapted to an Australian setting. Once renowned for producing every Ray Cooney farce known to man, this Mixed Company has moved with the times and is presenting contemporary works for Brisbane audiences – and reaping rewards.
The play carried a warning about adult themes and strong language, and for the first time ever this warning was justified. This seasoned theatre-goer and performer has never heard so many slang terms used for the entry to the female reproductive organs.
Considering the intimate nature of some of the monologues the female actors had to deliver one could easily accuse the male writer of having misogynistic tendencies – but somehow the female actors managed to make them work in their favour.
Performers worthy of mention in this production were Cameron Hurry, who has masses of energy and comic ability, and Imogen Hopper, who can play pre-menstrual to cute and loving at the flick of a switch.
Paul Dellit