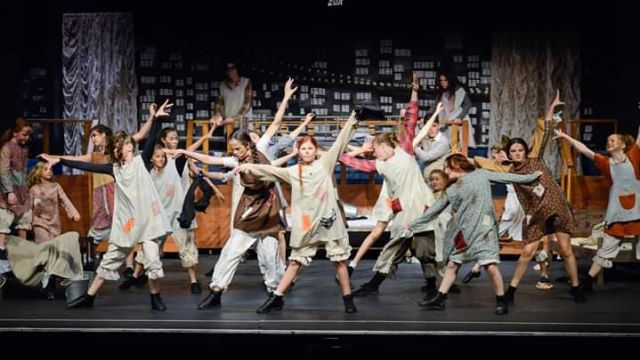 Despite being one of the most frequently performed community theatre musicals, Annie continues to be incredibly popular, with only a handful of seats remaining for Wanneroo Repertory’s production.

Director Katherine Blower, making a community theatre directorial debut, has set herself a mammoth task, also taking on the roles of Musical Director, Co-Choreographer and Set Designer. The show is also almost completely double cast, both adults and children, with two orphan ensembles adding to the key orphans. The production team is also exceptionally young, with most being school or university aged. And of course, there is the old adage of working with children and animals.

I saw (with a couple of exceptions) the Red Cast, on what was their Opening Night. 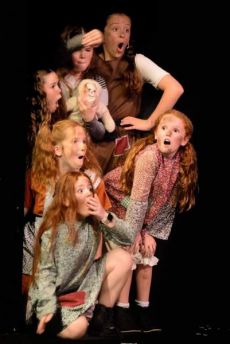 Darcey McDonald (her alternate is Amalia Casilli), was a likeable and dynamic Annie who charmed throughout, forming convincing relationships with adults and children and of course Sandy (the loverly Zara). She led a high energy group of key orphans, including a very cute Charlotte O’Hara as Molly, a strongly voiced Sofia Rippingale as Duffy, the aptly cast Kate Morrissey as Kate, and sweet Sarah Sfakianakis as Tessie. Anneka McLennan (Pepper) and Bronte McLennan (July) were a highlight as they tore into each other in a way only sisters can do. A plethora of orphans added support, although some were occasionally pre-empting reactions or pulling focus, something that I trust will improve when the nerves settle. They worked well as a team to battle the despised Miss Hannigan, played by Adina Rabbone. (Natalie Jackson usually plays this role in red cast). 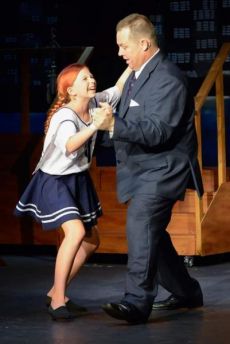 Alex McLennan is a superb Oliver Warbucks, transforming well from business obsessed tycoon, to the warm and fatherly “Daddy" Warbucks. He is supported nicely by Naomi Cooper, warm and efficient as Grace. Trevor Preston brings authority and strength to the role of President Roosevelt.

Jacob Turner and Tania Morrow (whom I am not sure always work together as doubling varies), bounce off each other well, as Rooster and Lily

There are so many smaller roles, that it is impossible to mention all, but I enjoyed the versatility of Chris McCafferty in five significant characters, while Isobel Green impressed as Star to Be and in other roles.

Singing is generally strong, although there are occasional hesitant starts, which is a common issue when using backing tracks. Lots of energy and enthusiasm throughout.

Annieis a feel-good show, and Wanneroo’s Annie will leave you feeling good about the world. A lovely promise to tomorrow, with loads of young and developing actors and creatives, and that is certainly something to sing about. 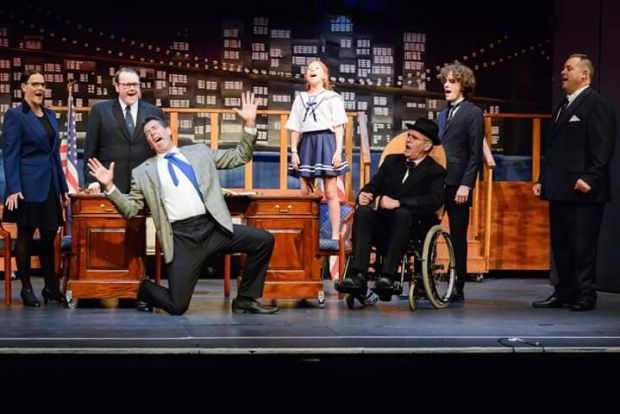