Another Night at the Musicals 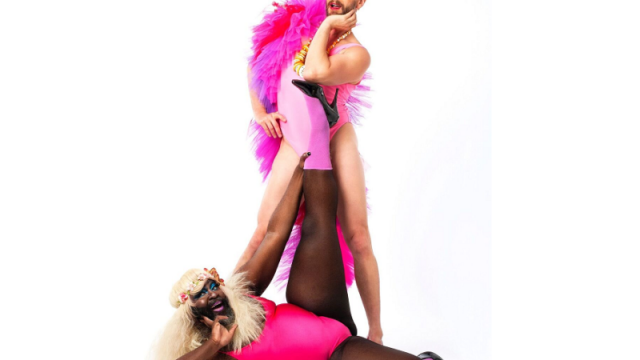 Fringe favourites Jonny Woo and Le Gateau Chocolat are back to bring us the next instalment in the Night at the Musicals series...the somewhat unimaginatively titled Another Night at the Musicals. Any lack of imagination ends with the title and the show is a magical, glittery, mystery tour through the back catalogue of diva songs from our favourite musical theatre.

Beginning the night, Chocolat asks who in the crowd is a fan of musical theatre, before informing all that this is where musical theatre comes to die.

Woo and Chocolat give their own unique renditions of songs from strong female protagonists in everything from Chicago to Cats, Gypsy to Grease. Chocolat’s interpretation of The Little Mermaid’s “Part of Your World”, resplendent in mermaid tail and fetching crab bra-let, is a highlight of the night. As Ariel’s arch-enemy Ursula, Woo is truly menacing yet incredibly endearing.

Woo’s lip-synch performance of “Papa Can You Hear Me” from Yentl segueing into Rose’s Turn from Gypsy gave both Barbra Streisand and Ethel Merman a run for their money. Chocolat’s dancing is another fan favourite. His unabashed confidence is clear and gets everyone into the spirit of the evening - a clapping, dancing, singalong night out. The audience gets so involved in performing “Greased Lightning” with Woo and Chocolat that it’s almost like being a member of a flashmob.

The costume changes are plentiful and sparkly, as is the repartee. At one point, Chocolat dons what is potentially the single biggest use of pink tulle ever experienced at the Adelaide Fringe, as he sings and shimmies along to the theme tune of cult classic, Xanadu. This performance is aided by a fan transported back and forth along the front of the stage by a willing audience member, giving Chocolat that gorgeous hair flick reminiscent of a hair commercial.

The jukebox section of the show allows the crowd to control the songs and is a lot of fun. It also demonstrates the huge repertoire of show tunes that Woo and Chocolat are capable of delivering, even without musical accompaniment.

If you love show tunes, or even if you don’t, you must not miss this show. It is fast-paced entertainment, featuring humour in abundance, impeccable singing, the best legs I’ve seen in a long time and enough tulle, sequins and tassels to see you through until next Fringe.