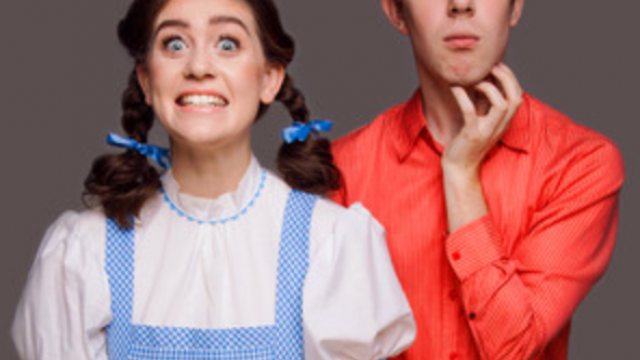 The Aspie Hour is one of those shows that had me texting people on the way back to the car, saying “Book for this show NOW!”, only to discover that it is sold out. Very different, very strong and very funny, we can only hope that this show returns to Perth in the near future.

Sophie Smyth and Ryan Smedley are both Musical Theatre Graduates with bucket loads of talent and amazing flair. They both adore musicals and have a huge interest in the topic. Both have also been diagnosed with Asperger’s Syndrome, which means that they are on the Autism Spectrum.

While the duo work brilliantly together in a number of impressive duets, this is essentially a show in two parts, with each performer anchoring one half of the show.

Ryan Smedley has the ability to name the Tony Award Winner in any year, and can also tell you a fair bit about each winner. His favourite musical is Merrily We Roll Along (Music and Lyrics by Stephen Sondheim, book by George Furth) - which ran for a disappointing 16 performances on Broadway - which was his specialist topic on Master-Mind (although this isn’t mentioned in the show). Ryan’s half of the show, told skilfully partly in song, tells about the difficulty of solo travel to New York, to see musicals. A wonderful tale, including a fleeting romance, it is littered with some very clever musical theatre references, and is both very touching and hilarious.

Sophie Smyth creates a solo musical about her life as a young woman living with Autism, using all of the conventions of musical theatre. Part stand-up comedy and part fully fledged Broadway-style musical (sans set, other cast members and a budget) this is another charming story. Using a number of musical theatre parodies (including several from her favourite musical Wicked), this is a singing and dancing extravaganza - on a small scale.

Sophie and Ryan both have soaring voices and move beautifully, they are also extremely funny, and really loveable - giving an hour of sheer delight.

Hoping that this returns to Perth soon. The Aspie Hour is utterly gorgeous.