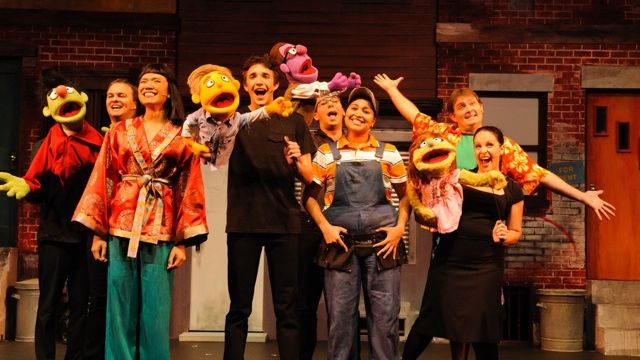 It is difficult to single out individual cast members, but Tyler Chin’s cross-dressing performance as Christmas Eve is most worthy of mention. There would have been many in the audience who wouldn’t have had an idea of the real identity of the actor. Finn Buckle and Jodie Bell made Princeton and Kate Monster come to life. Their sensitive and yet hilarious antics had the audience in various stages of sympathetic clucking through to side-splitting laughter.

Avenue Qis basically a story of self-discovery, love and friendship and this tight ensemble presented it in an hilarious but sympathetic interpretation.