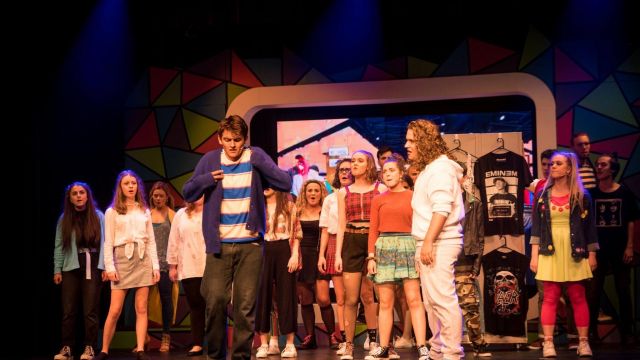 Be More Chill could be just another high school musical but it manages to be something quite different. Yes, there are stereotypical characters and the issues are the same, but the show is an energetic visual feast.

The score is 80’s techno-pop. This reflects the ubiquity of technology as a theme and a presence in the show. The message is that artificial intelligence, in all its forms, threatens to reshape our minds. “Two Player Game” is one of the most exciting songs of the show. Whilst protagonist Jeremy Heere (Jacob Golding) and side-kick, Michael Mell (Hugh Gable), engage in a zombie computer game, the audience is able to see the action reproduced and projected onto a screen. The whole set is a projection, evocative of an arcade monitor, masterfully created by Chris Oakley.

“The Smartphone hour” is another delight. The intersection of direction and choreography and effects (in this instance, the fire) result in a high level of visual engagement. Maisey Fraser-Easton as Chloe Valentine and Grace Boxall as Brooke Lohst have many memorable moments despite the limitations of their stereotypical characters. 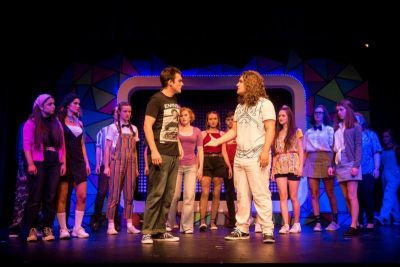 On opening night, one song elicited a strong audience response. Just when one might be fatiguing of the energetic barrage, Hugh Gable delivers “Michael in the Bathroom”. Hugh Gable has a very pleasing timbre to his voice and he delivers the ballad with emotional conviction.

The other standout song is “I Love a Play Rehearsal”. Christine Canigula, played by Elowen Killion-Bridley, is genuinely funny, quirky and endearing.

All of this is held together by an exceptionally tight student orchestra under the direction of Andrew Castles.

Jacob Golding holds the show together. Others worthy of mention are Megan Oliver as Jenna Rolan and Bryce Tollard-Williams as Rich Goranski.

Be More Chill is highly engaging. The choreography is excellent (the school bus in the opening song is very well done), the direction is tight (the Zombie play is hilarious) and the set/projections are delightful. Be More Chill might be another high school musical but it does make the powerful invitation to reconsider the “voices” in our heads. 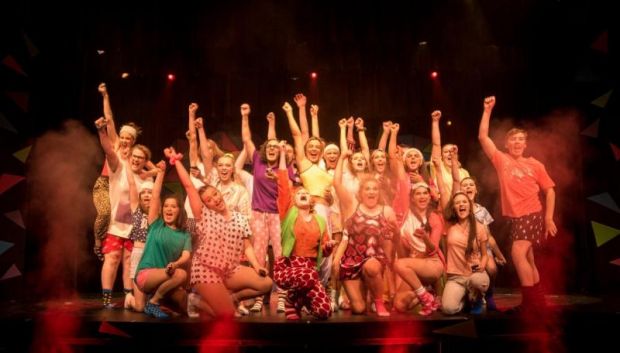 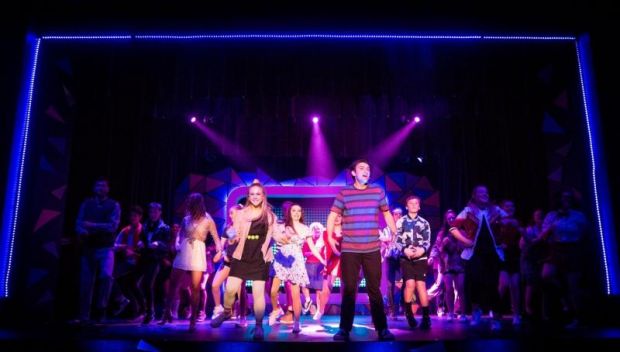