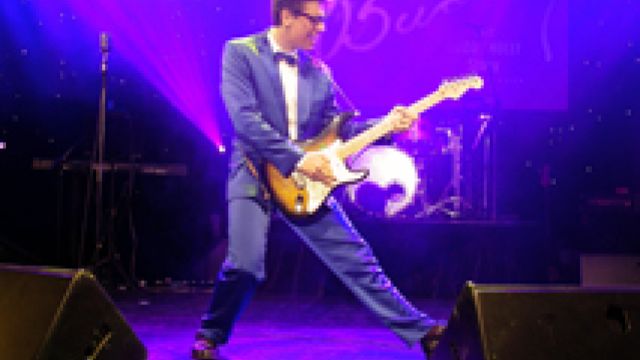 The best part of Buddy has always been the second act “Clear Lake Concert,” and once again it’s this sequence that elevates this bio-pic version of Buddy Holly’s life above other rock ‘n’ roll tributes. Scott Cameron, who’s been channeling Holly up and down the Gold Coast for the past four years, is personable in the title role, a good singer, and a terrific guitarist. Flip Simmons as Richie Valens made the most of his brief moment in the spotlight. The direction was on the clunky side, the sound muddy, and the show would have benefited by some decent choreography, but it’s the music that pulls it through. Buddy Holly wrote some of the greatest rock ‘n’ roll hits of all time, and this cast perform them with high-decibel velocity. It’s the fourth time the show has played Brisbane, and judging by the audience reaction, there’s still plenty of life in this vintage jukebox musical.
Peter Pinne