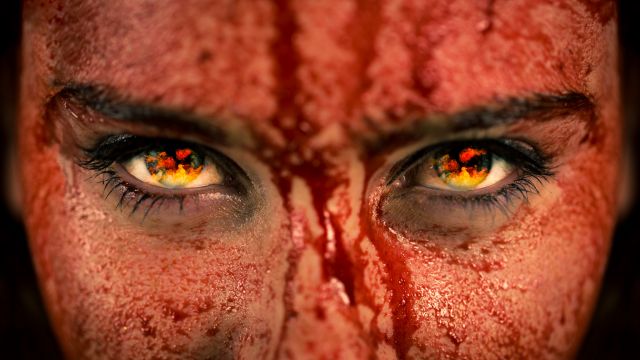 Carrie, the central figure of the musical, is growing up unaware of the development of her body nor the school and world in which she lives. This is mainly due to the rigid control by her mother who is a religious fanatic, in the worse sense possible. Unfortunately, the school class members are intolerant and abusive to her. Sound familiar to the present day, with bullying so prevalent across much of our society? In one fight with her mother she learns she has telekenesis power and we learn later what that means. Carrie goes to the prom, is further humiliated and strikes back with a vengeance. Finally she and her mother sort things out in the most final of ways.

This complex little plot is told through song and movement for the most part and is done to a good standard. Critical to the success of the production is the role of Carrie, played very well indeed by Amelia Burton who not only was Carrie in her acting but also had a good clear voice. Alicia Poulter, as Carrie’s mother, offered a strong contrast and their combined scenes worked very well indeed. Caitlin Evans was a very nasty Chris indeed. The remaining cast members were solid.

There seemed to be some confusion over accents and whether it had been moved to Australia or not. I thought that some adjustment needed to be made to balance the music and the singing to make the words that much clearer as the words of the songs are critical to the audience’s following the plot. The movement of the cast was very good and the general acting standard is good – with PRIMA the singing is always so.

I would not recommend going to that particular school, but I do believe Carrie  The Musical is worth a visit.