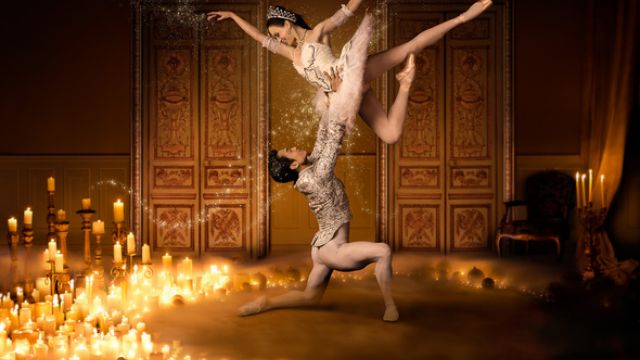 Queensland Ballet started off its year with Cinderella and judged by the audience response it was a popular choice. The season had been sold-out before it began.

The first ballet under the leadership of its new artistic director, Li Cunxin, this production of Cinderella was created in 1970 by Ben Stevenson for National Ballet in Washington DC, who has been present in Australia during the restaging by Texas Ballet Theatre’s Tim O’Keefe.

This was a solid performance from this young company. No obvious glitches, but then no ‘wow’ factor either. Clare Morehen as the title character looked like a piece of porcelain china and danced with élan, while Huang Junshuang as the Prince, brought strength and virility to the role. But their pas-de-deux when they eventual danced at the Ball was anti-climatic and lacked magic. Janette Mulligan was an imperious stepmother, Lisa Edwards an enchanting fairy godmother, and Nathan Scicluna an athletic and very accomplished Jester.

As has been the case for many years and many productions, the stepsisters were played in drag. Yu Hui and Vito Bernasconi had no trouble in generating laughs with their broad, buffoon-type comedy.

Tracy Grant Lord’s costume designs were stylish and elegant, but the Ball Scene with the chorus in dark blue against a panelled dark-oak set made for a very subdued effect. This was no glittering affair. Prokofiev’s score, written in the 1940s, has always been a highlight of any production of Cinderella.

Conductor Andrew Mogrelia knows his way around this music, having committed it to disc, and on this occasion has rescored it for the smaller Playhouse pit. Despite the reduced numbers the Queensland Symphony responded well.