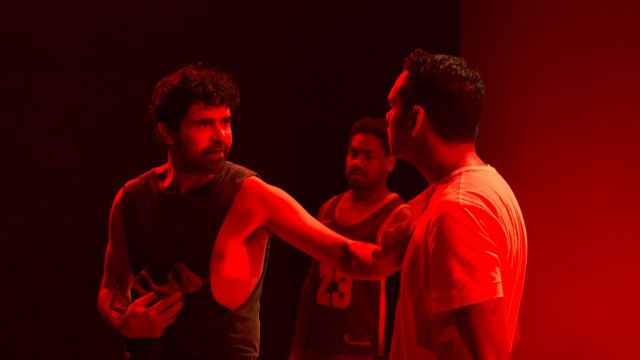 With this production in the heart of Sydney, and the Currency Press edition of the play (his first) issued with the Griffin Theatre program, Meyne Wyatt can be said to have arrived as a playwright, and then some. Brilliantly funny and shockingly direct, his play reverberates with rage and grief as young indigenous actor Breythe Black returns to his home in the City of Gold, Kalgoorlie, to bury his father who has died of throat cancer. Lost in a fog of regret, not knowing which way to turn, Breythe reconnects with his brother, sister and cousin. And the city of inequality that made him.

The play does more than introduce Meyne Wyatt, the playwright. Here is Meyne Wyatt, the leading actor, on top form as an indigenous performer in a crappy television advert for lamb chops, escaping back home and all that entails, spilling his guts in a courageous 10-minute soliloquy on the wrongs given to brother-boy Adam Goodes, touching our hearts in his sincere efforts to understand and overcome prejudice. 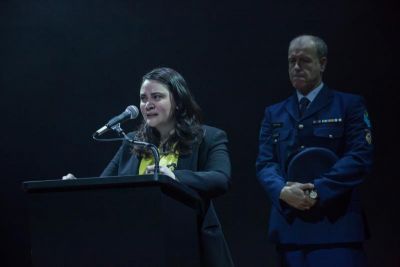 Also excellent are Mathew Cooper as Mateo, the hardened elder brother, and Shari Sebbens as Carina, the sister whose job it is to stay at home with her mother (who we never meet). Both give performances of quality, showing a great capacity for family love and forgiveness. Maitland Schnaars plays Dad in a series of remembered scenes, always strict and holding out for the right actions from his kids.

The scenes in Kalgoorlie are shockingly violent. Flyers are posted, urging citizens to ‘clean the streets, one abo at a time’. Racist police make their mark before a bleak ending. The play doesn’t resolve any of the problems it presents. But we emerge into the Kings Cross night resolving to do better, to be better.

The play is authentically directed by Isaac Drandic on a simple, yet complete setting of the outside of the Black family home by Simone Tesorieri and Simona Cosentini, and fine atmospheric lighting by Jason Glenwright. All in all, a magnificent event.