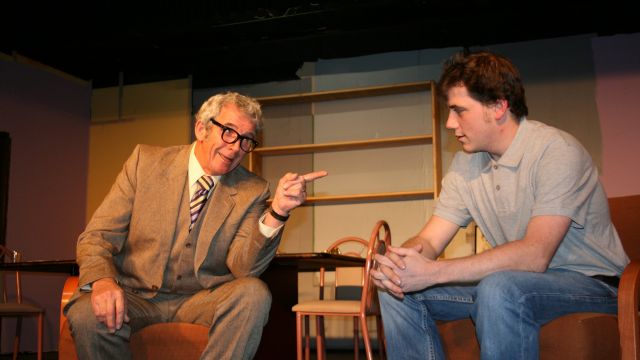 The production was the more impressive because it was mounted in a short time to replace a show that had to be postponed due to the illness of its director. But working with a top-flight cast on a board-room set by Chris Bird, crammed with trophies and players’ photos, Denholm drew out the drama and humour of a two-hour period before a committee meeting that will decide the future of a football club.

David Williamson wrote the play to voice his concerns about the increasing commercialisation of the Melbourne Australian Rules club he supported. Three decades on, the play is even more relevant, with incidents such as players’ drunken behaviour and on-field assaults familiar in headlines.

Directors of most previous productions I have seen have frequently made the scheming characters too black-and-white or overdone the comedy in scenes such as one which has a devious committee member get high on a marijuana cigarette offered to him by a young player as a roll-your-own. Denholm, however, got the balance right at all times. The characters were believable and engaging (even the worst schemers).

Lindsay Carr was a sympathetic figure as the passionate club president facing business bankruptcy, Philip McGrath and Brian Wark, revealed the practicality as well as the ambitions of the club administrator and a former player-coach, Noel Grivas’s current coach had the passion of a true believer, and Oliver Pink’s past-his-prime player and Lee Mayne’s highly paid new-breed professional showed the contrast between old and new.

Image: Brian Wark, left, as Jock, and Lee Mayne, as Geoff, in The Club.