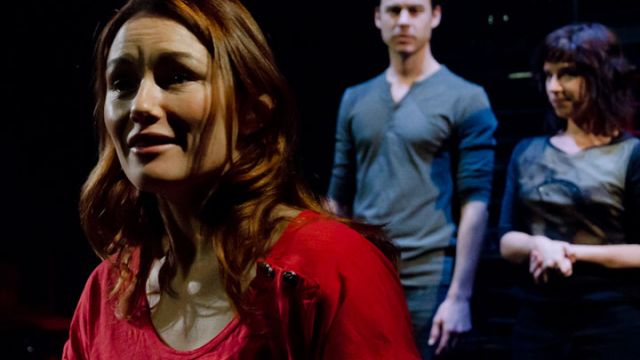 Who would have dreamt the new 400-seat La Boite in-the-round space could convert so effectively into an intimate theatre of 90+ seats? New Artistic Director of La Boite in 2009 did. Now in its second season we are still appreciating benefits of his longer-term vision.

Colder, first of the 2011 Indie season, uses this performing space to best effect.

A sad, thought-provoking play, it examines how we deal with the loss of a loved one in the sense of disappearance from our lives without trace as opposed to relationship breakdown. Theatre patrons who expect a little more grist than light entertainment will appreciate the topicality of Colder. Mother Robyn, Alison McGirr of 7 year-old David who goes missing at Disneyland and then returns to his distraught mother mysteriously, andHelen Howard, as David’s mother at 59 who loses touch with him again in his mid-twenties, portray that emotional turmoil acutely.

Amanda Karo’s milk crate set design is a lesson in how to achieve maximum impact at minimum cost; and Phil Slade’s evocative sound designs took us to Disneyland and city locales instantly. In fact, well done, all creatives on this project.