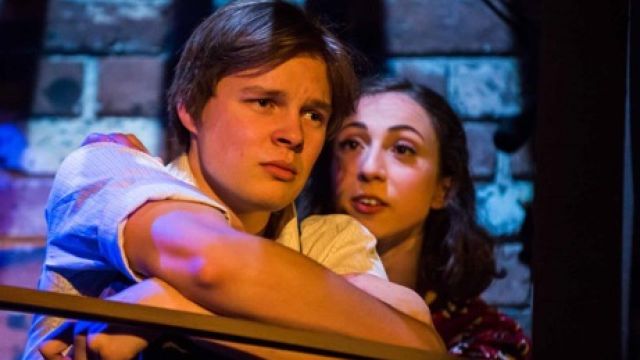 Few World War II stories are more touching than schoolgirl Anne Frank’s naïve description of the three years she and her family spent hiding with others from Nazi occupation above her father’s factory in Amsterdam.

Her guileless words tell the story of eight people crowded together in a makeshift hideout, keeping silent by day lest the factory hands grow suspicious. How they shared meagre rations scrounged on the black market by two trusted friends. How they lived in fear every moment of being informed upon by ruthless Nazi sympathisers.

Goodrich and Hackett’s play, based on her diary, captures the anxiety, the crowding, the claustrophobia, the petty disagreement, the fear … and the artless naivety of a thirteen-year old’s impressions. But it needs an intuitive director, sensitive actors and imaginative creatives to bring the oppressive atmosphere of the play to the stage. 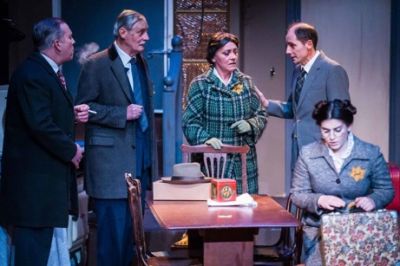 Fortunately, director Faith Jessel never does anything by halves. This is a play that requires research, understanding and empathy from everyone involved. From the very start, Jessel immersed the cast in Jewish traditions, the enormity of the holocaust and the minutiae of Anne’s descriptions. Her enthusiasm and energy are infectious. Her commitment compelling. “It’s been such an experience,” a cast member recalls. “From the start, we all loved being involved.”

The many creatives were similarly committed. Armed with the play, the diary and photos of the original rooms, Jessel and designer Steve Wimmer recreated the cramped congestion of the rudimentary three level ‘apartment’, with its hidden door, kitchen, table, chairs, stove, beds … and the tiny attic through which Anne sometimes caught a glimpse of the sky. Lighting designers Andrew Kinch and Heidi Brosnan produced the sombre ambience of lives lived in shadows. George Cartledge and Jack Woodford conceived the music and frightening sound effects. 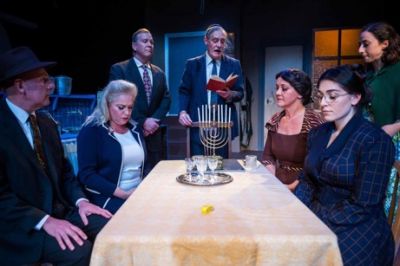 Genevieve Papadopoulos leads the cast as Anne Frank, finding in her interpretation the innocence, curiosity and optimism that the diary revealed – as well as the normal frustrations of growing up. Papadopoulos moves lightly and surely on the stage, confident in her characterisation and her relationship with her family – and the other characters.

Especially appealing is her relationship with her father, Otto Frank, played with gentle understanding and compassion by Dave Kirkham. Kirkham shows the weight of Frank’s plight and those he has pledged to protect in a sensitive performance that captures his generosity and fairness as well as his fear of inevitable discovery.

Judy Jankovics plays his wife, Edith, kind, protective, equally generous. Jankovics realises this with a busy-ness and a warmth that encompasses her own family – as well as those with whom she shares space, food and responsibility. Though her relationship with Anne is fraught, she is accepting and constant. 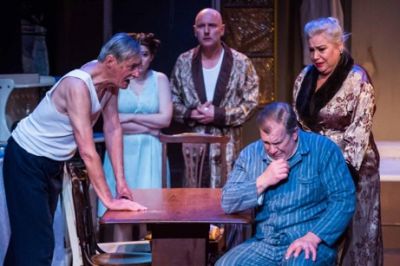 Her relationship with Margot, Anne’s older sister, played by Brittany Macchetta, is more adult and amenable. They share the workload companionably, with Macchetta depicting Margot’s quiet acquiescence and watchful awareness. Like her mother and father, Margot realise the fragility of the situation and the need to be ever vigilant.

Not so the Van Daans, the family who shares their congested space. They are much more highly strung and volatile – and as such raise the tenor and mood of the play.

Kim Schad plays Mrs van Daan with an edgy energy that captures the real vivacity of the character – and how hard it is for her to be so confined. Schad finds both the humour and pathos of this larger-than-life character and brings a genial zest to the play.

David Schad plays her grumpy, intolerant husband. Unlike Otto Frank, Mr van Daan is easily irritated, selfish rather than self-effacing, and Schad’s depiction of him is suitably tetchy, impatient and often insensitive. 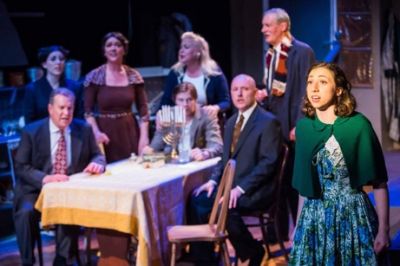 Their withdrawn teenage son, Peter, is played with quiet reserve by Yarno Rohling, who finds the initial gangly, self-consciousness of the character and his gradual maturity. His growing acceptance of Anne’s bid for friendship and their eventual closeness is sensitively directed – and convincingly portrayed.

David Hill is Mr Dussel, the reluctant latecomer to their hideout. Unused to children or family life, Dussel is touchy and irritable and Hill makes fittingly stand-offish and brusque.

Miep Gies and Mr Kraler, the loyal Dutch friends who bring supplies and news to succour their refugees, are played by Kristina Ulich and Nick Hoschke. Both show the dedication and constancy of those who braved the “Green Police” and their Nazi controllers.

Stories such as this need to be told and re-told, especially in a world that has become increasingly de-sensitised to the effects of war and aggression. Faith Jessel and her cast are doing so with insightful perception and sensitive characterisation. They are to be congratulated on such a compassionate production.