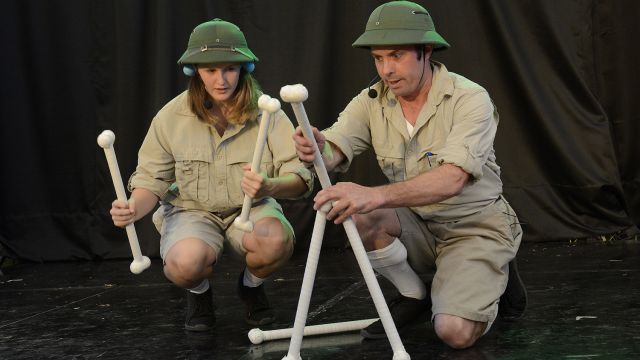 Dinosaur Time Machine mixes, comedy, puppetry, some acrobatics and a touch of magic and my four-year old reviewer giggled and joined in throughout the show.

He really liked the jokes, but was a bit scared by the appearance of a T-Rex.

The presenters were appropriately high-energy and enthusiastic about dinosaurs. They also developed a good rapport with the audience.

The children who were slightly older probably got more out of the dinosaur facts, but if your child or grandchild is into dinosaurs in any way this is a good way to introduce them to the joy of live theatre.