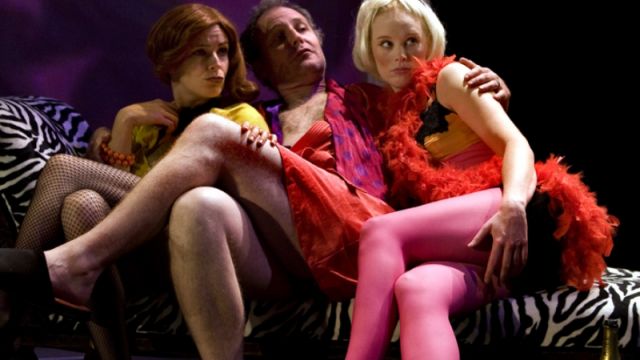 Luke Rogers production for the New Theatre's of British playwright Patrick Marber's play Don Juan in Soho is a great night out at the theatre.
A loose and very contemporary adaptation of Moliere's classic 17th Century play, the central character of-course is the world's greatest playboy, Don Juan, or as he is called in Marber's play, DJ. DJ is a self confessed sex addict and NIDA graduate Blair Cutting is great as the diabolically charming DJ.
With a fast paced production, a strong supporting cast and an excellent set by Tom Bannerman, Don Juan in Soho is great value for your theatre dollar.
David Kary