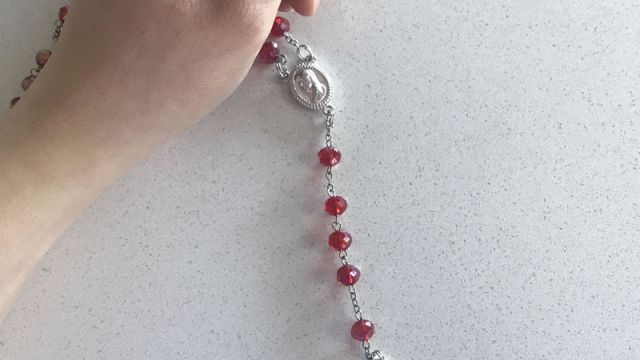 John Patrick Shanley’s Doubt: A Parable won the 2005 Pulitzer Prize and Tony Award for Best Play. This taut 90 minute drama is about the danger of gossip and rumour, particularly pertinent for this age of ‘trial by social media’.

A ‘parable’ is an analogy about morals, principles, and ethics involving people, as opposed to ‘fables’ that deal with animals and mythic characters. In setting his ‘parable’ in 1964 Shanley doesn’t allow the excuse of modern technology to interfere with his concerns about the damage of gossip. The responsibility for such things is completely human. Furthermore, the moral and ethical concerns are heightened by the characters and setting – an inner city Roman Catholic Church school, a year after the assassination of President Kennedy. Shanley cleverly creates a distance for his ‘parable’ so that the audience is free to judge the characters – and judge them you do, with the added dimension of ‘doubt’ placed in one’s mind at the end of the play. Nothing is certain.

The play is essentially a battle between two strong individuals, the warm and popular teacher Father Flynn and the cold and judgmental Sister Aloysius, Principal of St. Nicholas Church School. Based on a conversation with the young Sister James, who is going through her own crisis of confidence, Sister Aloysius becomes convinced that Father Flynn is a sexual predator. His focus is on a young 12-year-old, Donald Muller, who is the school’s first ‘black’ student. With no evidence to support her ‘certainty’, Sister Aloysius embarks on a campaign to have Father Flynn removed from the school. This includes, in one of the best scenes in the play, endeavouring to get support from the boy’s mother, Mrs. Muller. Without giving away the ending, both Father Flynn and Sister Aloysius get what they desire, but all are left with ‘doubt’ – including the audience.

starheART Theatre’s production takes the bold move to set the play in Australia in 1964. There are practical reasons for this, namely the difficulty of finding four local actors who are experts at US accents, as well as an African-American actress to play Mrs Muller. Whilst I may quibble about certain oddities and inconsistencies about this transference, nonetheless Shanley’s extraordinary play is fully honoured in this production, with all its unsettling force.

This was exemplified by the wonderful scene between Sister Aloysius (Lauren Colella) and Mrs Muller (Kaelia Cockington). This is perhaps the most challenging scene in the play, with its surprising twists about tolerance and acceptance of the unthinkable in the face of harsh reality. Both Ms Colella and Ms Cockington play this scene full-throttle and it is terrific. Furthermore, the success of this production can be measured by the conversations I heard afterwards at the bar in the Nexus Arts Theatre about the actions and moral worth of the respective characters. Truly excellent.

This production of John Patrick Shanley’s DOUBT is somewhat surprisingly the Adelaide premiere of this play.

It is well worth a visit and a welcome addition to this year’s Adelaide Fringe Festival.