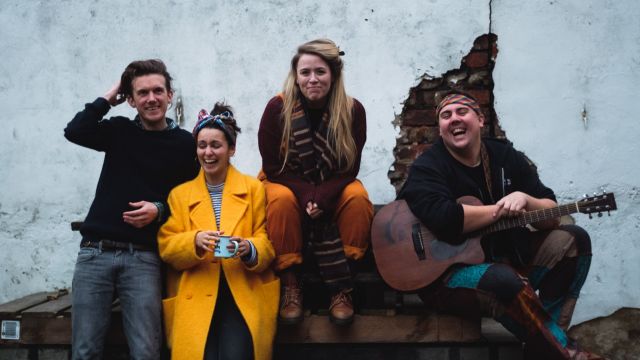 The story of Eurydice and her husband, Orpheus, is one of the most popular, influential, and enduring of the Greek classical myths. The story goes that Orpheus and Eurydice were very happily married, but when a man called Aristaeus desired and pursued her, Eurydice stepped on a viper, died instantly and went to Hades. The grief-stricken Orpheus descended into Hades to bring her back. With his music and ‘lyre’ he melted the hearts of Hades and Persephone and he was allowed to take Eurydice back to the land of the living – with one condition. He was to play his music and walk ahead of her and she would follow. If he turned around even once to check, his doubt would mean that he would lose her forever. Unfortunately, just as they were about to leave Hades, Orpheus succumbed to doubt and suspicion and turned around, whereupon Eurydice immediately vanished. 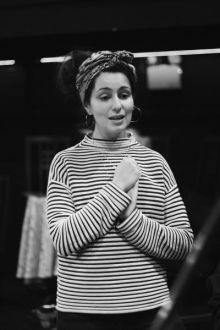 There are variations of the myth, as through the centuries it has been told and re-told in many different ways. The story is the basis for Monteverdi’s L’Orfeo (1607), Gluck’s Orfeo ed Eurydice (1762), and Offenbach’s Orpheus in the Underworld (1858). It has often been presented as a tragic story about romantic love, as well a subversive rebellion against convention as dictated by the conservative ‘Gods’. For example, you probably couldn’t get more subversive and also thoroughly engaging that the ‘Can-Can’, which was first introduced to the world in Offenbach’s Orpheus in the Underworld. All three of these great music theatre works remain in relative constant performances throughout the world, ensuring that the myth about Orpheus and Eurydice are still very much a part of modern experience.

However, as the two female performers, Serena and Casey, state at the beginning of this dramatized version of Eurydice, the story has been told completely from a man’s perspective, including the original story and in subsequent variations. There is another side to this story, Eurydice’s side, that needs to be told, and this is what we see in this fascinating, absorbing, and entertaining 90 minute re-invention of Eurydice.

This complements the main message of this production, which is also a refrain that is stated continually throughout the show – ‘We must let go of the stories that we assumed define us’ – and this includes the dominant ‘male gaze’ version of the story of Eurydice.

This ‘feminist’ re-telling has multiple facets to it. The dramatic narrative first concentrates on Eurydice as a young modern 5-years-old girl, called Leni, who is really Eurydice but has changed her real name as she does not want to accept Eurydice’s prescribed fate. Through a number of quick-paced scenes and monologues, interspersed with new and well-known pop songs, the story of Leni/Eurydice unfolds, similar to the original tale, but also very different, until that moment when Orpheus turns around just before he and Eurydice leave Hades. 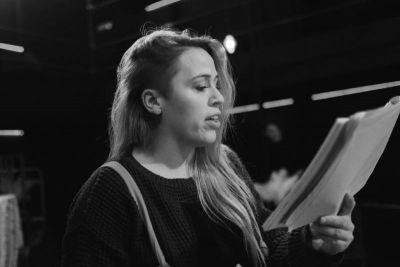 This time, however, when Orpheus turns through doubt and loses Eurydice forever, there is a beautiful and highly important difference. It is Eurydice’s choice and action, not that of Orpheus, that leads to the subsequent end, and like other variations of this myth, that ultimately unites Orpheus and Eurydice after he too has died and joined her in Hades.

This is a truly wonderful ‘feminist’ re-telling of the story of Eurydice. The two UK performers – Serena and Casey – along with their guitarist – use all their impressive skills and talent in singing, dancing, and acting, either together or separately, to deliver this knock-out story.

The pace is fast and almost desperate, but always clear and engaging through the 90 minutes it takes to complete the tale. Watching this, I was struck that, whilst a show for everyone, it would be really appreciated by mothers and daughters. Mother-daughter relationships are an integral part of this new version, particularly with Eurydice’s relationship with her ‘single’ Earth mother Cyrene, and Persephone, the Queen of Hades.

This quirky little gem of a show, delightfully performed by its actors, is as profound as it is entertaining.