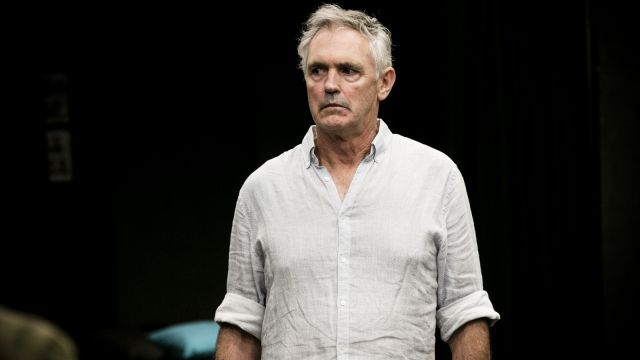 Family Values centres on Roger (Andrew McFarlane), a retired justice, who with his wife, Sue  (an ever truthful Belinda Giblin), optimistically welcomes home their three feuding children for his 70th birthday.

The youngest Emily (Ella Prince), who works in Border Force, arrives with her fiancée, her ship’s skipper Noeline (Bishanyia Vincent).  Michael, a divorced Hillsonger (Jamie Oxenbould), doesn’t approve of gay marriage, and nor of his other sister, a refugee advocate, Lisa (Danielle King), who earnestly arrives with an Iranian on the run from being returned to Manus Island. It’s a bushfire just waiting to go off. 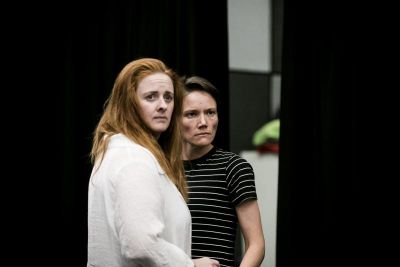 The family are soon mocking, shouting and tearing away at old sibling scabs, but at heart, as the comedy eases, it’s a furious debate about Australia’s ongoing treatment of refugees.  All points of view are around this fraught table, and dramatized with little declamatory writing or acting.

The final word from refugee Saba (Sabryna Walters) quietens the room, embarrassing all with their first world problems. And she motivates an unlikely but dramatically engaging moral shift to united action.

Williamson’s optimism and old activism wins out – and his delight in giving his audience a neat ending. Lee Lewis and an exceptional cast (and notably Oxenbould), achieve a near perfect drive of natural comedy and intensity of performance.