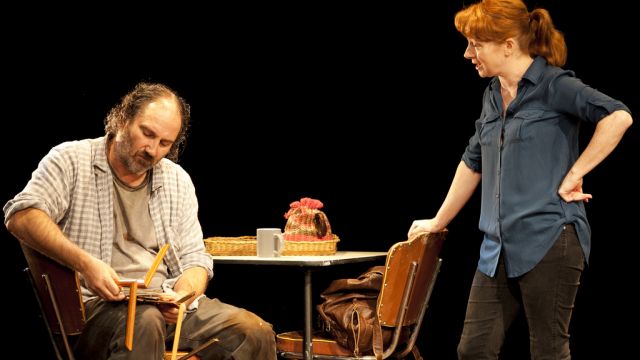 Forget Me Not is a co-commissioned work between Liverpool Everyman theatre company and Belvoir, which is a clever ignition point for the play given the subject of child migration spans both countries.

The story revolves around Gerry, an adult survivor of the hideous campaign to give children "a better life" between the end of WWll and 1970. He wears all the hallmarks of a person who suffered a terrible childhood at the hands of an uncaring and sanctimonious system.

Despite their troubled relationship, Gerry's daughter Sally pushes her father to search out his history through the Child Migrants Trust - which attempts to stitch back together broken families. It is through this process that Gerry tragically realises he never was an orphan. His crime was that he just happened to be the child of a single mother, who had been alive throughout his childhood, albeit on the other side of the world. 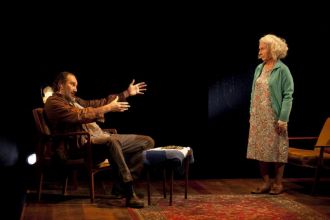 This is a beautifully written script by Tom Holloway and well conceived by Director Anthea Williams. Colin Moody's portrayal of Gerry is a fine balance between a polite, lost child trying to melt into the back ground for fear of being noticed and brutalised and an angry adult who doesn't understand his size or strength. Mandy McElhinney, as Gerry's daughter Sally, is a solid picture of woman who wavers between playing the role of parent to her irresponsible father and an adult who lashes out with hurt fury. But it is British actress Eileen O'Brien who really steals the show with her performance of Gerry's mother Mary. O'Brien's presence is electric and confident in an understated way that comes from years of practicing her craft. She is the glue that holds this production together.

Forget Me Not will not easily be forgot.