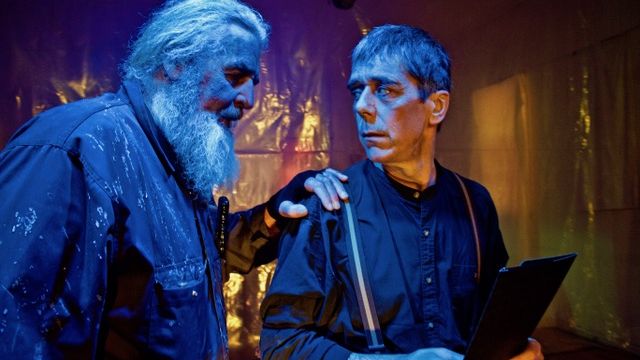 The Curators independent theatre company began in Brisbane two years ago and this their fourth play is a mythical masterpiece.

Director Michael Beh has been working towards his adaptation of Henrik Ibsen’s Ghosts for the better part of 25 years.

He ekes out the realism, symbolism and theatricality of Ibsen’s work and traps all these elements in the pressure-cooker environment of a small pop up theatre off Waterworks Rd at Red Hill.

The story centres around Helene Alving, a well-to-do but increasingly possessed woman who is preparing to open an orphanage in honour of her late husband.

Her estranged son, Oswald, arrives home and the reunion destabilises a bedrock of lies and betrayals on which a false reality has been built, embroiling the local pastor, the maidservant Regina and her brutish father-figure Engstrand in the drama. 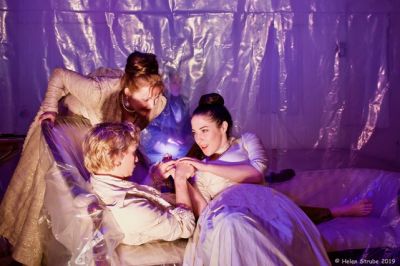 Tom Coyle finds the stoic, uncompromising essence of Pastor Manders but as his moral compass collapses, the steady beat of his delivery descends into arrhythmia.

Lauren Roche captures the neurosis of a young woman hell bent on thrusting herself onto the world and anyone in it who cares to give her the time of day as Regina.

And Warwick Comber casts an imposing shadow across the ensemble as Engstrand, grinding his studded boot into the stage while moulding the players into submission with a similar finesse.

But the outstanding performances of this show go to Patrick Shearer as Oswald and Lisa Hickey as Helene Alving who descend into madness together as the mother who lied and the son who suffers the consequences.

Theirs are two of the bravest performances I’ve seen since Noni Hazlehurst took to the stage in Mother.

Shearer is a study in torment and is completely addictive to watch. His arrogance descends into madness but he remains in control of every subtle gesture. 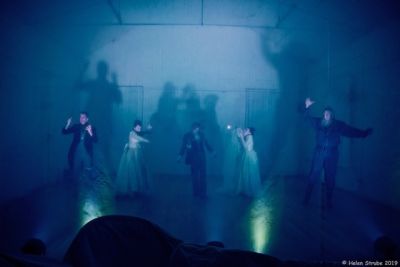 The role of Helene Alving is one of the strongest roles in the western theatre canon and Hickey nails it. Her vocal range empowers her character as much as her stage presence. Just when you expect a roar, she pulls back to a whisper and you feel the springs tightening around her soul.

The staging consumes the actors and the audience. A sheath of plastic wraps the entire space and traps the audience in Ibsen’s storm with his crazy characters.

It is not a comfortable position to be in, particularly if Comber catches your eye in his opening scene and turns you into Engstrand’s latest muse.

The play is confronting, haunting and intoxicating and yet at interval on Friday night, there was a reluctance to leave this world that Beh has created.

And perhaps this is because it speaks to our own ghosts, the wishes for a life lived differently, and our level of discomfort with social pretences.

This is a great night of theatre.