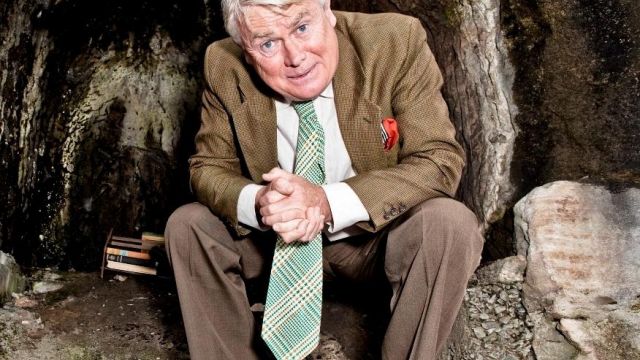 Martin Portus is captivating, transporting us on the emotional rollercoaster of Robinson’s existence, his need to be embraced by bohemian colleagues, and his rejection, not of people, but of society.

Playwright Carroll describes Robinson as ‘ a man of both indolent charm and sad anxiousness’, and as a ‘gloriously imaginative, idiosyncratic, catastrophically humorous and deeply alienated’ writer. Robinson wrote for several publications, but The Giraffe’s Uncle (1933) remains his only published short story collection.

Intuitive singer Darryl Emmerson is a captivating addition to the Melbourne show and won me over with his gentle lyricism, and easy manner. So much so, the memory of my old grandfather singing crept into my head. The first song is Kenneth Slessor’s poem ‘Moving Day at Midnight’, taken from Darlinghurst Nights (1932), and set to music by the singer. The second tune, ‘Woolloomooloo Lair’, is based on the Irish song ‘Killaloe, but the origin of the lyrics is unknown.

Projected old photos from the national library, and details of correspondence, successfully breakup up the monologue in the first half, but I needed more contextual assistance in the later stages.

The projection of actual emails between the author and publishing house Angus and Robinson at the close is a wonderfully inspired touch in a show that runs under an hour.

There is no doubt writer Kieran Carroll has found an interesting character in Les Robinson, and one may be known to Sydney-siders. I fear the appeal for Melbournians will be limited as generous references to Sydney locales, and people is largely lost on this audience.