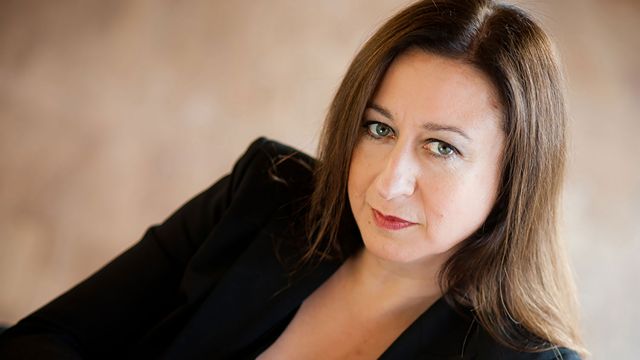 When one thinks of Strauss, the composer Johann Strauss (the waltz king) naturally springs to mind. But, there is another equally brilliant Strauss, Richard Strauss (no relation).

Richard Georg Strauss (1864 -1949), was an outstanding German Romantic composer of the late 19th and early 20th centuries. His music is more objective than Johann and focusses on emotions. His orchestrations are opulent and tempered by harmonic acerbity.

Simone Young is the perfect Richard Strauss conductor; impassioned, energetic but most of all with a deep understanding of the music. She is a joy to watch as she sways, jumps, and entices every last nuance from the Adelaide Symphony Orchestra. It is as if we are watching a choreographer at work and the orchestra are her dancers. Her acknowledgement of each section of the orchestra in the final bows is a mark of true respect and gratitude.

The orchestral interludes are masterpieces in their own right, from the swirling Wagner-like, triumphant sea of sound of ‘Fröhlicher Beschluß’ (Happy Ending), the plaintive ‘Träumerei am Kamin’ (Dreaming by the Fireplace), the horn solo at the start of ‘Mondscheinmusik’ (Capriccio) to the sinuous, sensual assault of the senses ‘Dance of the Seven Veils’ from Salome.

The 2nd waltz Sequence from Der Rosenkavalier evokes the swirling crinolines of the time, a resemblance to Johann Strauss, but with much more substance.

Lisa Gasteen’s presence and ability to ‘sing’ with her body and eyes draws us in. Her ability to build an aria and structure it to a crescendo (at times almost Wagner-like) is mesmerising. Her renditions of ‘Die Nacht’ (The Night), ‘Cäcilie’, ‘Befreit’ and ‘Zueignung’ earnt well deserved applause. Her voice is powerful, but beautifully controlled and was clearly an audience favourite.

Catherine Carby’s strong dramatic voice was eminently suited to the joyful, uplifting ‘Sein wir wieder gut’ (Adriane auf Naxos), and also the haunting Allerseelen. Together with Emma Matthews in Presentation of the Rose from Der Rosenkavalier, (‘Mit ist die Ehre widerfahren’) they create the flush of youthful innocence and first love. Matthews also gave us the lilting top notes of ‘Morgen!’, a song of love and hope. Her ability to soar to the heights sotto voce was a joy.

In a fitting end to an evening of opera and song Miriam Gordon-Stewart, Emma Matthews and Catherine Carby returned to present the sing fest that is the finale of Act 3 of Der Rosenkavalier; three sopranos with incredible voices singing with intensity, close harmonies and great purity.

Girl’s Night Outis only being performed for one night which is a pity as more people deserve to hear Richard Strauss’ music performed by four such accomplished voices, each featuring their own unique ability.

The State Opera of SA is to be congratulated for mounting this style of night, giving music lovers the chance to hear opera and song in one evening in the lavish setting of the Adelaide Town Hall. The audience enjoyment of the night was evident in the number of ‘curtain calls’ and the standing ovation, thoroughly deserved by the singers, conductor and the Adelaide Symphony Orchestra. Bravo!

(On a side note, it may be called Girl’s Night Out, but we boys had a marvellous time as well!)