The Good, The Bad and The Lawyer 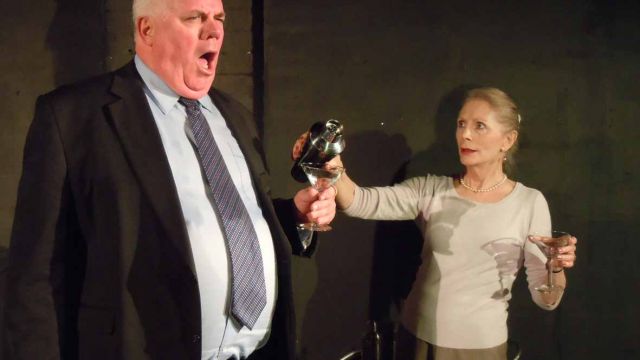 Like a nice pair of slippers writer Tony Laumberg has settled into the characters of pompous lawyer Henry Crowley (Mark McCann) and his long suffering wife Margaret Crowley (Tricia Youlden) to set the scene for his annual comedy.

Both actors are also veterans of the roles and this familiarity with their characters is endearing.

This time Margaret has set the cat amongst the pigeons by inviting an asylum seeker Ahmed Zahedi (Geoff Sirmai) to live in their comfortable St Ives home.

The laughs flow thick and fast especially when cousin Mickey (Marc Kay) turns up and together they go to the Star City to test out the mathematical genius of Ahmed against the roulette table.

Tony Laumberg demonstrates there are endless gags to be had at the expense of the legal profession.

Henry Crowley’s reputation is on the line in this comedy, when he is pursued by a reporter from the Financial Review on the scent of his escapades in the casino and his collision with law enforcement authorities and outlaw motor cycle gangs.

Perhaps a missed opportunity in this scenario was to tell more of the story of the asylum seeker.

The Tap Gallery is an intimate venue and it’s especially cute to have the writer/producer also act as the front of house manager and MC.

The Good, The Bad and the Lawyer is a fun night out.