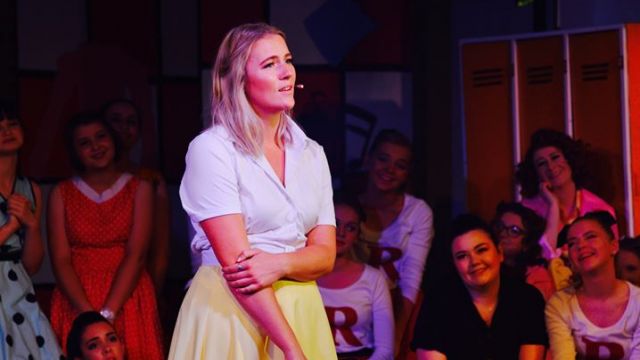 Grease has been a staple of community theatre and high school performing arts programs for many decades. In fact 2019 marks 40 years since the show premiered. Unlike other shows in the ’community theatre staples’ bracket, Grease doesn’t offer any sort of positive message. One can only assume its constant remounting across the world comes thanks to the insanely popular 1978 movie starring John Travolta and Olivia Newtown John. Sure the music is catchy, but the book and lyrics by Jim Jacobs and Warren Casey leave a lot to be desired in 2019, moments of which made this reviewer feel ill, notably hearing “Did she put up a fight?” during signature number ‘Summer Nights’.

Wyong Musical Theatre Company has made the most of their production, which due to several major cast illnesses was postponed by two months, resulting in numerous cast changes. Thankfully the cast of over 50 deliver the show with energy and passion, which for some is well beyond their years. 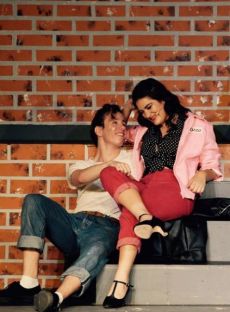 Director Natalie Eva and her team were granted one-off approval to adapt the show to feature numbers from the show’s many incarnations. Perhaps a few more edits may have brought down the show’s 3 hour run time. A delightful and welcome new addition however are Josie (played by Anneka Holland) as a Jnr Pink Lady, and Archie (played by Issac Nakhoul) as a Jr T-Bird

Jaylah Nakhoul’s choreography was a standout, as are the full cast vocals (thanks to Vocal Directors Jayne and Brigette Johnston), both of which are best featured during ‘Shakin’ At The High School Hop.’ Overall, the design worked effectively in the limited space, but costumes by Aimee Honor-Eltham were stars in their own right.

Zachary Downer and Rosie Jenkins,shine as Danny and Sandy, while the T-Birds are led by Issac Harley as Kenickie, and Pink Ladies by Bella Nakhoul as Rizzo. Harley and Nakhoul have a real chemistry and natural stage presences. Grease features numerous bit parts (possibly adding to its appeal to community theatre) all of which added value to the production rather than detracting. Scott Osbourne’s Teen Angel was a highlight, as was Gina Maccari as Miss Blanche.

Numerous technical issues were noticed in this performance, but the cast rose above them.

Wyong Musical Theatre Company are stalwarts of the local Central Coast theatre scene and Grease further cements their reputation thusly. Perhaps not one to bring the young kids to, but one to check out if you are in need of a good night out. 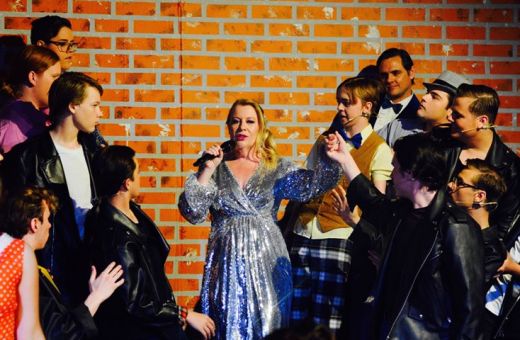