A Greek Tragedy ‘Oedipus Rex – The King’ The Musical 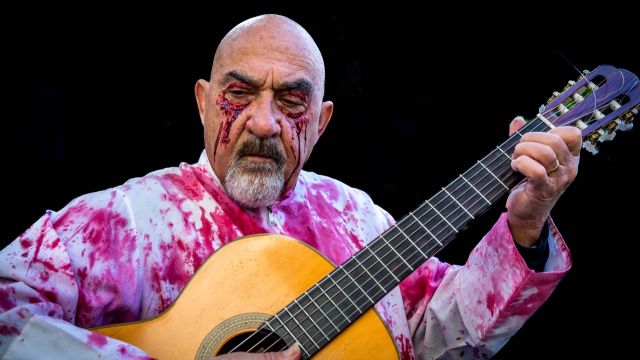 This one-man show by Loucas Loizou is wonderful and rather special. Loucas Loizou is something of a living ‘legend’ in certain circles. A Greek Cypriot refugee who began his performing career in London restaurant owned by Cat Stevens whose father was also a Greek, Loucas Loisou has subsequently performed around the world.

This is one of four shows he is performing at this year’s Adelaide Fringe Festival at various venues around Adelaide. I saw his musical treatment of the classical Greek myth of ‘Oedipus Rex’ in the creepy atmospheric confines of the old Treasury tunnels underneath what is now the Adina Hotel.

The presentation of Oedipus Rex is simple and straightforward storytelling in the ancient tradition of Homer. It is complemented by beautiful original songs by Loucas Loizou, my favourite being at the end, “This Is How Love Ends”, that is Queen Jocasta’s lament before the final horrific revelations and subsequent tragic fate that overwhelms Oedipus and Jocasta. 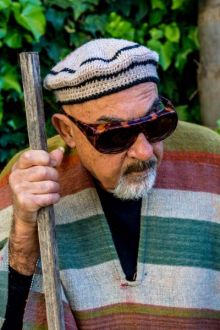 Some may be familiar with the story of Oedipus Rex, mainly through the great classical Greek play by Sophocles. However, judging by the audience in which I was a member, many do not know it. This was evident when Loucas Loizou was recounting how Oedipus became King of Thebes by answering ‘The Riddle of the Sphinx’. There were audible gasps when Loucas Loizou revealed the answer to this riddle, which was solved by Oedipus, destroying the Sphinx and thus becoming King of Thebes.

However, the main story of Oedipus and his subsequent fate involves the prophecy that he will kill his paternal father (Laius) and marry his maternal mother (Jocasta). Prior to the ensuing drama, everything possible by the respective characters is done to avoid this fate – but to no avail. Like a modern day detective, Oedipus pursues a course to discover who or what is the ‘pollutant’ that has brought plague to Thebes, only to discover that it is he himself who is the cause.

One thing that makes Loucas Loizou's re-telling of the story different from the Sophocles play is that he starts with why Oedipus is cursed by Apollo in the first place. This is because Oedipus' father King Laius defiled the sacred laws of hospitality when he raped Chrysippus, son of King Pelops of Pisa, when Laius was visiting Pisa. Subsequently, Apollo cursed him and Oedipus’s fate was sealed even before he was born.

If you have never seen Loucas Loizou perform then I can only encourage to take this opportunity and do so, to hear his wonderful music and indulge in his generosity and terrific story-telling talents and skills.