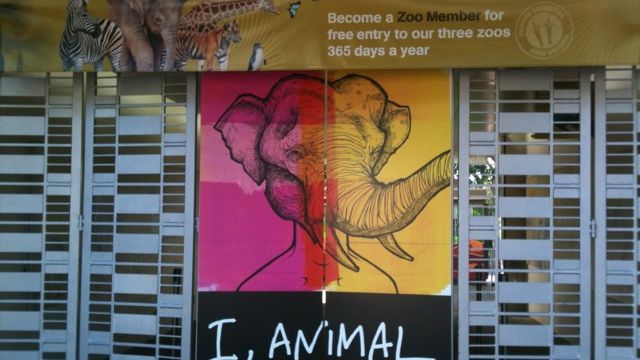 Don’t bring the children to this adults-only experience at Melbourne Zoo. Seriously, don’t. I, Animal is an irresistible piece of interactive performance art, utilising patrons and zoo creatures as cast, and the environs of Melbourne Zoo as stage and set.

Following the success of I Am Not An Animal (Ruby Award for Innovation 2012), Adelaide company The Border Project was commissioned by Zoos Victoria to create what is a unique interactive experience.

Here’s how it works. On arrival patrons are armed with a personal device, the ‘Zoe’ designed by Arts Processors, the team behind the ‘O’ device at the MONA Gallery in Hobart. After a series of introductory questions outside the main entrance, you are divided into four groups and led on separate themed experiences. 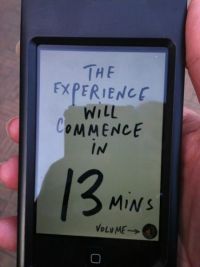 I was allocated to the group exploring notions of life, death, survival and extinction. Its confrontation is surprising, warm and sensitive, and I was told later that it is the most affecting of the groups, particularly for those who’ve recently experienced the death of a loved one. Even so, there are laughs.

Zoe is pivotal to the experience. Patrons interact verbally and physically with the device throughout the hour-long journey. Zoe not only provides direction, but tells stories including dark tales from the zoo’s history. We are wizened by statistics and facts, displayed images and footage, made privy to the lost sounds of extinct species, and asked us to reflect personally on life’s biggest questions.

I, Animalis particularly aimed at young adults in their 20s and 30s, typically the demographic missing from zoo visitors. However the questions we were asked to contemplate are not exclusively of interest to this age group. Indeed, they are perennial and universal themes.

At times during what is a unique encounter with the zoo, I wondered if I, Animal might have been even more poignant later at night. On reflection I believe it strikes the right chord – the late afternoon and twilight makes for easy animal viewing and safe access to walkways. 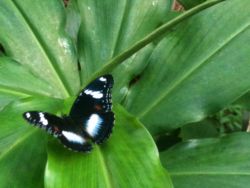 As the encounter involves walking at a pretty steady pace (not dawdling), I suspect less physically able, and wheelchair bound patrons will struggle.

Food and beverages (including alcohol) are served at the conclusion alongside the beautiful carousel, which is part of the night’s drama. This is a special treat for Melbournians, and highly recommended for those 16 years and older - much older. Whatever you do, don’t miss it.