Jane Austen is Dead ...See You At the Wake 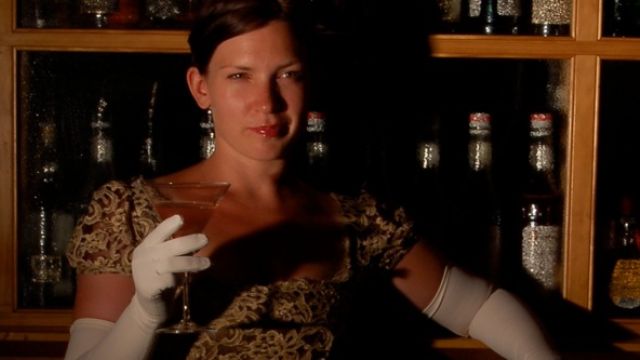 Performers Mel Dodge and Letita Sutherland have created a sassy, fun double-bill for the Melbourne Fringe that showcases their versatility.

Jane Austen is Dead is a one-woman show in which Mel Dodge ponders whether the literary goddess has ruined women’s happiness by making them search endlessly for the impossible Mr Darcy. It’s a question that’s been around almost as long as Austen’s books, but it’s given a refreshing take here. Dodge is delightful as a woman in her 30s who runs a pub and is tired of searching for the perfect love. She longs for Mr Darcy but always ends up with some other bloke from one of Austen’s stories. It’s not often you see a female in the role of the wise, all-seeing publican, so this is a character to be embraced. Dodge quickly wins over the audience by asking if they’re OK for drinks, and then begins recounting her romantic history, and her observations of the women and men who’ve populated her bar. Dodge plays all the characters, including a selection of men on offer in a video dating service; a wide-eyed girl who can’t stop texting her new boyfriend; and an over-refreshed bride-to-be who shares her ‘seven signs of desperation’ but swears none of them apply to her. The fact that these characters have been picked over by stand-up comedians, Kath and Kim and other comedy shows does take the edge off Jane Austen is Dead. It gets a big tick, though, for avoiding the type of ending Jane Austen would go for. See You at the Wake pairs Dodge with collaborator Letita Sutherland, and together they’re a wonderful creative force. Set at the funeral of a long-time homeless man, Humble Dave, it manages to be both riotous and genuinely moving. A highlight is the scene with the two scarily cheerful ladies from ‘Smiling Orchid Funerals’, who struggle to keep a light and fluffy ‘infomercial’ tone to a funeral attended by people who are anything but. Dodge and Sutherland populate the stage with people from Dave’s life to create a picture of the man. A high point is the arrival of a long-time homeless woman wrapped in a blanket, who demands to have her say. She is at once a fragile broken-down woman and an incredible survivor, brilliantly played by Dodge. The play is at its best when it is sensitive to the plight of the homeless, and thankfully there is plenty of empathy at the heart of this show.