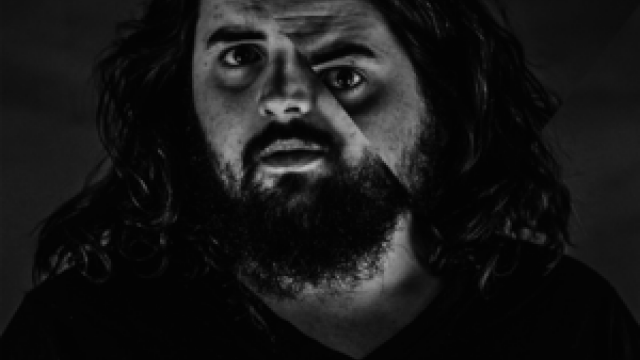 Josh Mensch is a local artist who as a 17-year-old boy had a dream. As a self-professed drama kid, he always wanted to put on a Fringe show. It seems that stacking lettuces at a well-known supermarket was offering no stimulation, so he sat down to pen his one-man rhetoric.

Judy’s is a small venue within Holden Street Theatres. It only seats 20 people and on the night, I attended it was almost full. It is a small space made for an intimate show and this worked well with Mensch’s delivery.

Greeting the audience as we were being seated was an interesting way to begin; it made for some awkward giggles. He told us to relax and use our imagination. The reason for this would soon become apparent.

When Mensch reemerged, he told the story of a young man tormented by his underwhelming job. Working just to pay the bills, it was an unhappy existence he shared with his housemate, a hippie stoner.

Using voice-overs, we were left to imagine what other characters looked like, purely from listening to their pre-recorded vocal. For the most part this worked well. It meant that Mensch’s timing had to be near perfect.

A series of vignettes took us through a myriad of emotions, such as frustration, hope and grief. Whilst it is admirable to bare one's soul and tell a personal story, I felt that it skimmed over events.

Overall, this show could have used more rehearsal. Parts of it felt improvised and the actor's excessive use of hand gestures became distracting although Mensch did well to differentiate between characters by using hats, sunglasses and other articles of clothing.

This show is certainly one we could all relate to. Instead of wrapping his story in a tight bow, Mensch dropped character and concluded by talking about the process of writing. He confessed to not having all the answers and overcoming fear to share his story.

I can admire and appreciate the effort it takes to stand up in front of strangers and lay one’s soul bare, but whether that equates to an entertaining night out is up to the individual audience member.

Supporting Mensch in his endeavor was Cackling Jackal productions, an Adelaide-based production company that focuses on telling stories by young artists.