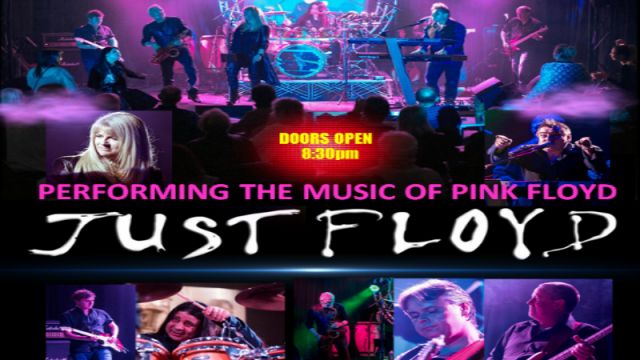 The ultimate Australian Pink Floyd tribute band, Just Floyd, have landed at this year’s Adelaide Fringe for a one night only performance at the Clovercrest Hotel. A large room housed the crowd and provided plenty of space for die-hard fans to mingle.

English rock band Pink Floyd formed in London back in 1965; fifteen studio albums later and they don’t look like hanging up their guitars. With an enormous fan-base, the demand to hear their songs live is always welcomed.

With such a large back catalogue to choose from, the six members of Just Floyd did well to choose the songs that played to their strengths. Performing songs from the albums “Dark Side of the Moon”, “Wish You Were Here”, “A Momentary Lapse of Reason” and the rock opera “The Wall”, kept the crowd happy.

Starting set one with “Shine on you Crazy Diamond”, the undeniable guitar riffs got everyone’s attention. On lead vocals was Mark Lloyd, clearly a Pink Floyd fan too. He gave an inspired performance, all whilst playing double keyboards. He was backed up by four strong and talented musicians on drums, guitar, bass and saxophone.

On backing vocals was Cathy Elsmore; an incredible singer with a vast vocal range. When she sang the opening vocal on “The Great Gig in the Sky”, the crowd erupted. An epic vocal is required, and it could have been disastrous had it failed, but she was fabulous and worthy of all the applause.

Kudos must be given to the staging of the show. Impressive lighting and video projections bounced off the circular display upstage and added meaning to the legendary band’s lyrics.

Judging by the various ages in attendance, this tribute band should be working for years to come.