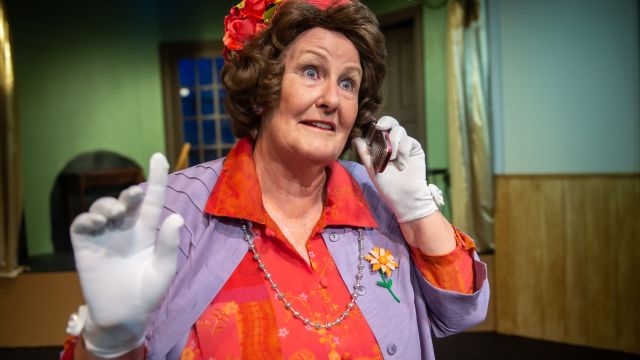 Roy Clarke wrote the original Keeping Up Appearances television series as well as the stage adaptation. For this reason, Hobart Repertory’s production faithfully revisits all the characters and situations one has come to expect from the television show via an original script. The only difference is that there is no canned laugh track. The audience response is genuine and spontaneous.

All the action takes place within the confines of the town community hall. Emmet (Matt Dobson) is directing an Agatha Christie style who-dunnit. All the key characters, apart from Richard, who is suitably invisible, are cast in the drama. Dobson’s interplay with his amiably good humoured sister, Liz, (played by Fiona Lohrbaecher) is warm and charming.

The material given to the characters of Daisy and Onslow is limiting, a single note refrain, but Leah Venatacchi and Mark Morgan make the most of it. Venatachhi’s mobile face is a delight. Morgan’s initial appearance on stage was received with a very positive audience reaction. He is a very fortuitous casting choice. 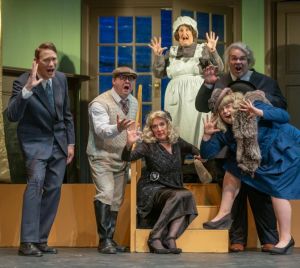 Brent Bastian takes on a new character in the action. “Milly” (Mr Milson) is a newcomer to the village. His initial reserve is assailed by Rose (played by Janet Smith). Smith is often found behind the scenes but reveals a great deal more of her talents as the histrionic Rose.

Into this solid ensemble comes Hyacinth Bucket. This pivotal role is safely delivered by Pip Tyrell who, with Mark Morgan, managed the production.  Tyrell looks and sounds the part. She is an excellent comedienne with significant experience. Any trepidation Tyrell may have felt in approaching the role should be now assuaged by an appreciative audience.

It is unfortunate that the action suffers the occasional hiatus which is seemingly related to costume changes. One can only assume Mrs Bucket insisted on a personal dresser and wig wrangler! Otherwise the simple set facilitates a well-paced show.

Jon Lenthall provides vocal assistance for this production. The on-stage accents are clear and consistent.

Those who know the television show will not be disappointed with this faithful yet original production. 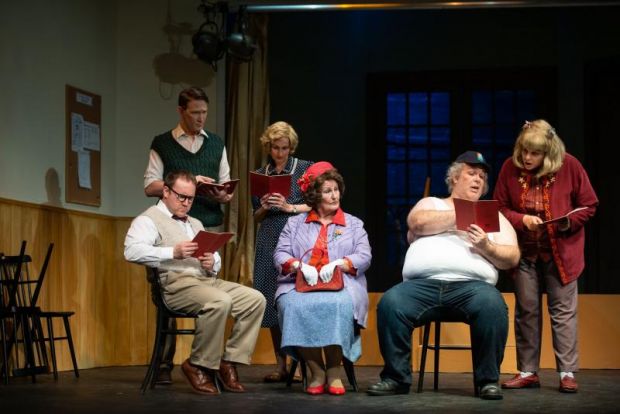