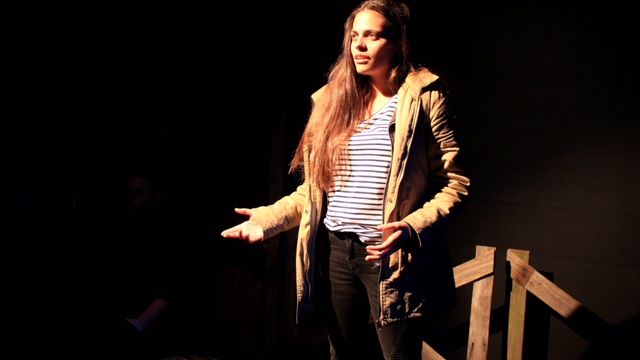 Blackout Theatre Company’s production of The Laramie Project has shown the power of verbatim theatre  – and how movingly effective it can be in the hands of a director and cast who believe so strongly in the message they bring to the stage. Even on closing night, the intensity of the company’s conviction was strong and the emotional impact on the audience compelling.

Written by Moises Kaufman and the Tectonic Theatre Company, the play is based on 200 hours of interviews with residents of Laramie, Wyoming, following the kidnapping and murder of gay university student, Matthew Sheppard 1998. In a world where hate crimes, intolerance, discrimination, bullying and domestic abuse still make headlines everyday, the messages in The Laramie Project resound just as convincingly as they did when the play was first performed in Americ in 2000. 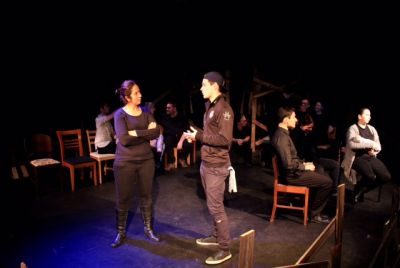 Director Kathryn Mae Thomas vowed “to do everything in my power to bring justice to this unbelievably important piece of theatre”. To do this she gathered a cast of 14 actors of diverse backgrounds and experience who brought to her production an energy and commitment that gave new life to the people of Laramie and their diverse opinions and reactions to a crime that reached beyond their community to the nation and the world.

There was a great sense of unity and harmony in every aspect of the performance and an energy that pervaded over what is a relatively long play. Whether taking on a plethora of characters, or moving chairs to suggest an interview or a church service or a trial, the large cast worked creatively, smoothly and efficiently together. Experience was not a really determining factor in the production, and though several performers stood out because of their convincing characterisations, excellent timing, effective use of humour and the intense emotion that they were able to sustain, this was really an ensemble production in the true sense of verbatim theatre.

The production was a credit to the vision of its director, the enthusiasm of its cast – and the courage of a community theatre to take on such an important piece of theatre.