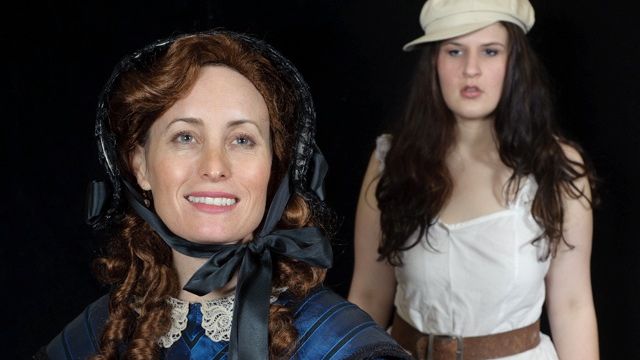 The initial stirring orchestral strains summoned up a thrill akin to the first time I heard them. For the rest of the evening, except for odd moments when the orchestra temporarily overwhelmed the ensemble, Miranda’s Les Misérables thoroughly impressed musically. The principal sound mix, thanks to radio microphones, was musically satisfying. Congratulations to Musical Director Peter Hayward on an impressive conducting marathon.

Is Les Miz the Holy Grail in amateur musical theatre? More than a musical, it’s effectively an operatic epic, full of vast challenges for performers and production crews. It’s also a rare and enduring phenomenon in community theatre, continuing to attract performers and audiences, alike, in droves, after almost two decades, inspiring companies to continue climbing this Everest.

Staged in a venue with minimal backstage facilities, the production challenges for Miranda were huge. The almost cinematic magic of the big budget professional production was created using sophisticated theatrical mechanics, pinpoint lighting design and precision stage management; it takes sheer ingenuity to achieve anything approaching that dramatic flow and continuity while battling the odds in an unsympathetic suburban venue.

Director / Designer Bob Peet has done exceptionally, rethinking the whole, with apt solutions and compromises, using a well-conceived unit set, which quadrupled as a prison, street, courtyard or tavern. Blackouts were occasionally unavoidable – no revolve here to turn a barricade so bodies can disappear. Only from dizzy heights in the balcony, an occasional prop movement, otherwise cleverly masked at a lower elevation by effective groupings, could be seen.

Costuming and wigs were stunning.

Charmaine Gibbs’s Fantine is credibly and vulnerably tragic, while her rendition of I Dreamed a Dream soared.

The vigorous, enthusiastic ensemble is seen to greatest advantage in Denise Little’s choreographed numbers. A rare reservation on my part is that the ensemble members seem to lack consistently detailed and individualised dramatic scenarios, which can so enrich the world of this musical.

The talented youngsters who play little Cosette, Young Eponine and Gavroche are delightful.

Miranda’s Les Miz is testament to the immense talent and resourcefulness in Sydney’s community theatre scene.