Lonely People Are Always Up in the Middle of the Night 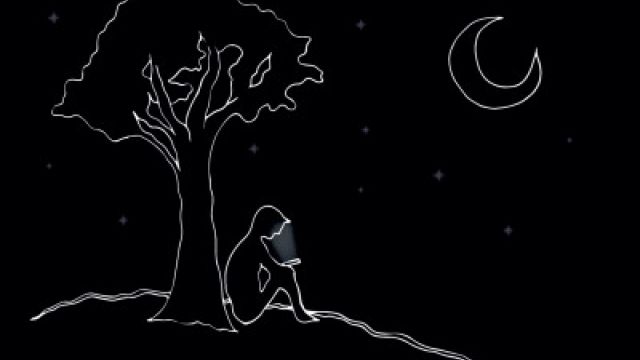 Six talented young actors give us six lonely people in a series of linked two-hander scenes.  It’s more sketch dramedy than a ‘play’, but it holds together in Short Cuts mode.  There is light and shade, changes of pace and even style.  Some of the sketches are funny in a ‘that’s so true’ sort of way, some are sad and awkward, and a couple perhaps outstay their welcome.  The tone is set by the characters’ use of mobile phones: everybody’s got one, everybody’s glued to theirs, but it doesn’t help.  As somebody has said, we now have the easiest, fastest means of communication ever… with not too much to communicate.  This phenomenon is demonstrated pointedly when a couple (Niamh Hassett and Mark Silvestro), who’ve never met in the flesh, meet on Tindr and text each other according to the ritual rules… until he uses his phone for that other function and actually speaks.  Her reaction is close to panic.

What we observe in these scenes – and this is the saddest if not also the funniest quality of the show - is not just an inability to communicate but an unwillingness to communicate – as if any connection were too scary, too risky or simply too demanding.  Do people prefer loneliness?  Is it easier?  After what sounds like great sex, two guys (David Geddes and Alex Roe) can’t away from each other quick enough – and both are, of course, checking their phones.  A prostitute (Kate Bayley) is so desperate for clients – or is it connection? - that she drops into a cinema and blatantly, outrageously tries to pick up the only other person there – a man who came in there to forget his crappy life and she is no competition for the movie.

When La Mama Explorations gives you just three nights, your design can’t be too elaborate.  Here, writer/director Hila Ben Gara does inventive things with nothing but chairs, some clever lighting from Shane Grant and a convincing soundscape from Joshua Trappett.  The chairs can be just chairs, but also anything from cinema seats to a bathtub.  Ms Ben Gara’s direction of her cast and her use of the virtually bare stage is smooth and assured.

Acting styles vary, but then so does what is required sketch to sketch.  Kate Bayley is wonderful, a true clown, managing fast segues from loony excess to pathos.  David Geddes, on the other hand, exhibits a relaxed naturalism that’s completely convincing.  Alex Roe can be over-the-top (the man in the cinema) to a needy gay guy, to a waiter who finds a cheeky way help out his work mate (Ms Hassett).  (That last sketch, incidentally, features the only act of kindness in the show.)  Mark Silvestro can be a goofy guy in a beanie, but also the spurned lover who tries to make amends, while Ms Hassett is perky but vulnerable.

These are all experienced performers and the experience shows in their confident assurance.  Laughter from the packed house was sporadic with as many winces of recognition as there were guffaws at the snappy one-liners.