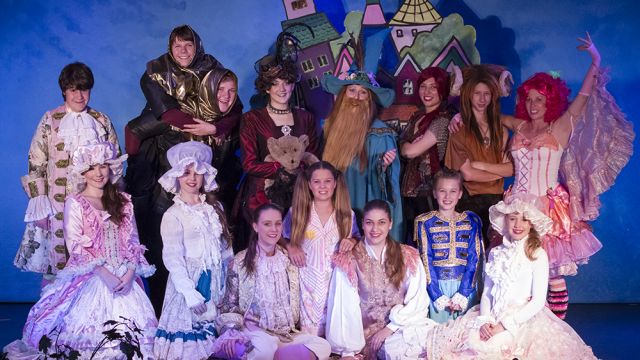 Continuing in the Spotlight tradition, Tess Burke and Terri Woodfine have created a wonderful pantomime with songs (directed by Matt Pearson) and a storyline the children can easily follow.

The assistance of three adults: Martina French as the Wacky Wizard; Terri Woodfine as Tabatha, the Evil Enchantress and Kate McNair as the Demented Half-fairy, lead the young but talented cast through this delightful tale with lots of audience participation. The juvenile lead is Tahilia Traecey, a delightful triple threat (singer, dancer and actress).

Children get the opportunity to join the cast onstage and contribute to the story telling and there is the mandatory guarding of the Demented Half-fairy’s favourite berries.

Special mention must be made of the fabulous costumes designed by Tony Alcock; the detail of which is seldom seen in children’s theatre.

A small but dedicated crew worked hard to maintain the pace of the performance and the audience was invited to meet the cast after the show.

This was truly a team effort and heaps of fun!