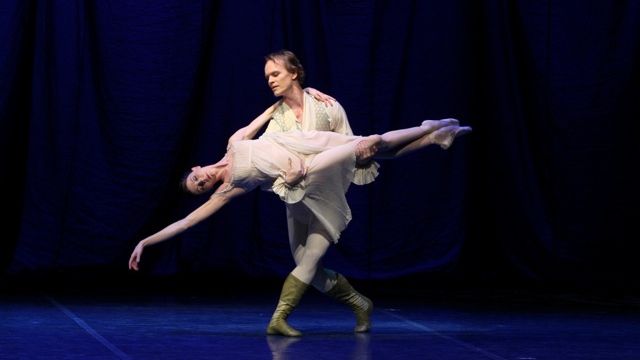 “Enchanting” and “magical” are two overused superlatives used by critics to define a production but frankly there are no two better words to describe the Hamburg Ballet’s production of A Midsummer Night’s Dream. John Neumeier’s choreography and staging, although first conceived in 1977, still charms with distinction 35 years later.

A ballet in the classical tradition which mainly used the music of Mendelssohn, the work also employed otherwordly themes by the Hungarian composer Gyorgy Ligetti (best known for Stanley Kubrick’s 2001 – A Space Odyssey) and organ-grinder mechanical music. It was an eclectic mix that worked brilliantly. 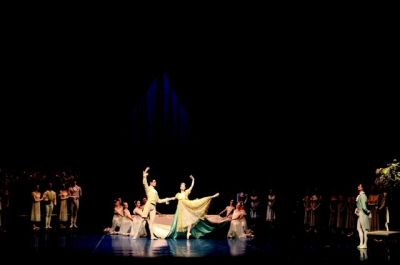 Royal Ballet principal Alina Cojocaru was an exquisite Titania to Thiago Bordin’s striking Oberon. Their pas-de-deux’s time and time again thrilled with their precision and grace. Likewise Alexandr Trusch whose Puck had a mischievous and beguiling edge. Leslie Heylmann (Helena) and Anna Laudere (Hermia) were well matched with Kiran West (Demetrius) and Edvin Revazov (Lysander) as the lovers, and the group of Craftsmen, led by Carsten Jung (Bottom) never failed to win applause at every exit. Konstantin Tselikov (Flute) took the comedy honors in the Divertissment. His drag turn as Thisbe was executed with comedic brilliance. This section also cleverly included snatches of music from La Traviata played by the organ-grinder.

With over 60 dancers on stage it was indeed an excess of riches, which found the Queensland Symphony Orchestra under the baton of ex-patriot Simon Hewett rising to the occasion.

In recent times Australia has had a surfeit of visiting international ballet companies but none can compare to the standard of the Hamburg Ballet. In short, rarely do we see this excellence on our stages. Bravo to John Neumeier and to QPAC for giving us the experience!